Recycling Is More Than Plastic, Paper And Glass 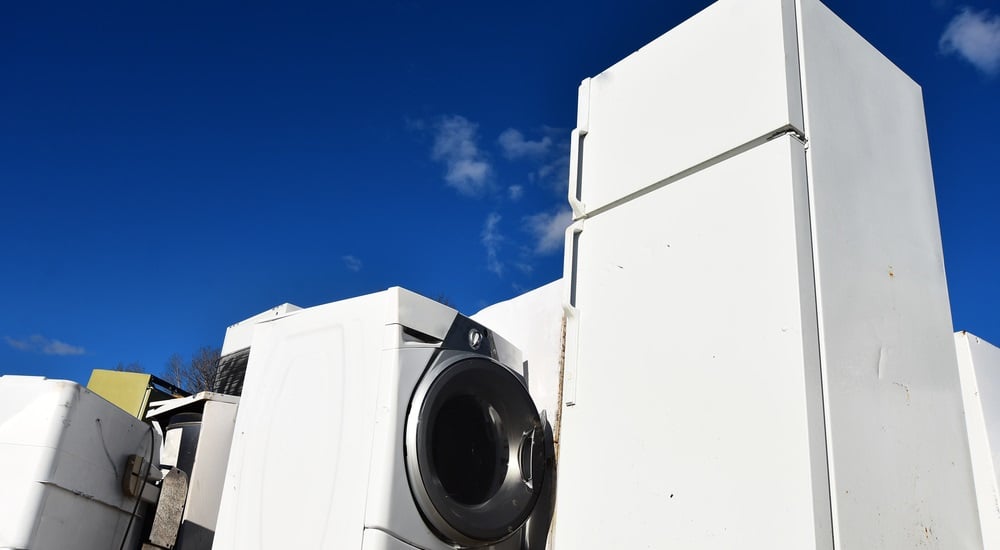 It may surprise many people to know that there is far more to residential recycling than just plastic, paper and glass.

In fact, there are a large number of common household items that are made up of most recyclable components. These items can be found in most every American kitchen and laundry room.

Recycling much of our household waste has become a normal part of life for most American households. Although recycling itself is not a new practice, it wasn't institutionalized in the United States until the last few decades.

A hallmark of the recycling movement in the U.S. has been the ongoing tendency for reminders and promotions to urge Americans to engage in recycling. Public Service Announcements, posters, signage and a variety of media tools have been dedicated to the movement.

Residential recycling practices have a history going back almost 50 years:

Today, the nation's recycling rate is doing quite a bit better than it was 35 years ago. A recent article summary at WasteDive.com reports,

" The U.S. EPA reported a slight increase in the national recycling rate, from 34.6% in 2015 to 35.2% in 2017, in a newly released edition of the Advancing Sustainable Materials Management report. Overall MSW generation increased from 262.1 million tons to 267.8 million tons during that same period, while per capita generation held steady around 4.51 pounds daily.

Among the more notable shifts, the volume of material composted (excluding backyard composting) reached a record high of 27 million tons in 2017 – up from 23.4 million tons in 2015. Yard trimmings comprised the vast majority of this increased activity and overall volume.

Today, almost every city, town and rural area has recycling curbside bins and separating our household trash for recycling has become a familiar and normal way of life.

However, what many homeowners don't realize is that there are other household items can be recycled, as well.

You Mean, I Can Recycle That?

For too many of us, our first thought when seeking to get rid of large, unwanted items, is to take them to the dump. However, our landfills are gradually filling up and disappearing. On top of that, there are an increasing number of limits on what can and cannot be disposed there.

But many homeowners are surprised at the large number of items that can either be reused or broken down and their components recycled. For example, most of your kitchen and laundry room appliances can be recycled at recycling centers that are equipped for them.

What items could that be?

Glad you asked! That's why we created this handy list of the top five household items that can be recycled instead of hauled to a landfill:

What Can You Do With Your Old Appliance?

Maybe you have an old appliance that still works, but you don't need it or want it. The good news is that you have a few options for proper disposal. For example, you can try to sell it online with sites like Craigslist, eBay and Facebook Marketplace. And if you don't want to take the time to list it somewhere you can sell it to a friend or neighbor, or even in a yard sale.

Another option for you is to donate your old, but working appliance. In fact, almost every community has a large number of non-profit groups, church or community thrift stores that would be glad to take it for free. Donating your used appliance can be a great alternative and many organizations will pick it up for you.

If just want to get rid of that old appliance quickly and easily, there are businesses that will pick up your used appliance and then dismantle it for the usable parts and recyclable materials.

Taking this route will save you the work of lifting, hauling, and dumping your old appliance, not to mention the disposal fees you would have to pay at the landfill or disposal facility.

There is, however, a truly simple and efficient alternative and that's calling Junk King.

Junk King provides professional junk hauling services to remove refrigerators, freezers, ovens, stoves, flattops, dishwashers, ranges and more. We have all the equipment and man power to remove a large fridge even up a small stairway or down your basement steps out through the garage. We can remove commercial appliances if you are renovating a restaurant or upgrading your old equipment.

Junk King will remove any household appliance that you deem unfit. Whether the appliance is broken or you just want to upgrade your equipment, Junk King can help you get it out of the way. We provide an eco-friendly appliance removal service to help you get rid of any unwanted washers and dryers, or any heating and cooling equipment.

Our professional and insured appliance disposal team will show up at your home or office; we call 15 minutes before we arrive on site and we’ll give you a free estimate based on how much room your items take up in our truck. You point and we haul your old appliances into our junk removal trucks, with no hidden fees.