Posted by Junk King on Jan 16, 2018 9:28:42 AM
When most people think of junk disposal they think of landfills. But junk hauling and junk disposal can actually be a big part of our recycling efforts if done correctly. 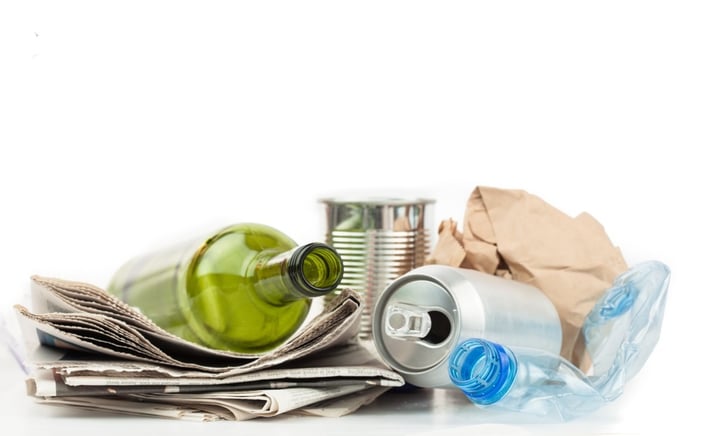 For most Americans, recycling is an accepted practice and a common fact of life. However, according to a joint study by Yale University and the EPA, Americans still recycle less than 22% of their discarded waste.

In fact, the United States ranks behind Europe and China in plastic recycling, another study found. Recycling plastics in the U.S. has remained at nine percent since 2012. Yet, we still see and hear public service messages promoting recycling practices year after year. And most residential waste management now requires separating recyclables before pick up.

But it is apparent that we have a long ways to go and part of those efforts involve junk disposal practices.

The more we recycle the better for all of us a number of levels. According to the Recycle Across America website, if the U.S. recycling levels reach 75% it will be the environmental and CO2 equivalent of removing 55 million cars from U.S. roads each year.

In addition, if our recycling levels reach 75% it will also generate a net of 1.5 million new jobs in the U.S.

It has been demonstrated that almost everything that ends up in the waste stream can be recycled or reused. And there are a number of common materials that make up large portions of our trash and junk that are prime candidates for recycling.

By being aware of these materials and being intentional with our junk disposal practices we can make a huge difference. Every household generates trash and junk, much of which is made up of recyclable material. As already noted, a large portion of this is handled by municipal waste management practices. But what about junk hauling and disposal practices?

When we have large amounts of debris or junk removed either with a junk removal service or by using a rental dumpster, it's important to note that the materials we are getting rid of are usually recyclable or reusable. It matters which junk hauling firm you choose.

This infographic illustrates a number of ways you can support recycling by choosing the right junk hauling firm:

Some More Recycling Facts to Consider

How much waste is recyclable?

50% of the 254 million tons of trash Americans throw away is recyclable.

How much actually gets recycled?

Unfortunately, just about 34% of the 254 million tons of trash actually gets recycled. California, Maine, and Washington have the highest recycling rates. Mississippi has the lowest rate of recycling.

How much would it cost to recycle?

Surprisingly enough, it is more expensive to recycle than to fill a landfill. It costs around $28 per ton to throw trash in the landfill. The cost to recycle is around $147 a ton.

What are some things that can be recycled?

E-Waste is a Growing Issue for Recycling and Junk Disposal

E-Waste, or electronic waste, is a growing component of our waste stream. Each year we dispose of thousands of tons of electronics and electronic devices. And the huge volume of e-waste disposal is becoming a problem.

According to statistics from the International Data Corporation (IDC) Worldwide Quarterly Mobile Phone Tracker, vendors shipped a total of 343.3 million smartphones worldwide in the second quarter of 2016. The same source predicts that the worldwide smartphone market would reach a total of 1.46 billion units being shipped in 2016.

There are a number of issues with e-waste disposal, as well. With the many laws and regulations regarding e-waste disposal, especially in states such as California, many items such as monitors, TVs, and even cell phones cannot be simply thrown into the trash.

In fact, if you want to properly dispose of a computer monitor, and particularly any old CRT devices, the process takes time, effort and money.

This is another benefit of having a professional firm remove your e-waste and other trash: you don’t have to deal with the junk and debris and you don't have manage the e-waste disposal process.

Junk King is proud to be North America’s greenest junk removal service. We pioneered recycling based junk removal in 2005 and have been going greener ever since. We sort each and every job for metals, e-waste, paper, household goods, textiles, furniture and appliances, in our recycling warehouses.

But “going green” also means we donate, repurpose, and reuse everything from clothing, toys, baby cribs and strollers to office furniture and supplies. We run many of our trucks run on biodiesel, a domestically produced fuel made from more environmentally safe non-petroleum, renewable resources.

Junk King provides an efficient, safe and eco-friendly junk removal service so you don’t need to worry about the pick up or disposal of the debris after your project is complete.

Our team specializes in trash and junk removal. We can be at your home in mere minutes, so call us today! Our crew is fully insured and well-trained, so you can trust them to get rid of your unwanted items in a professional and courteous fashion.

One of the best things about hiring Junk King is that we recycle a much of the material we pick-up. This is proof of our commitment to being an eco-friendly removal service. If you have questions about what we do or what we believe, give us a call at (707) 744-4254.