What is a Rolloff Dumpster 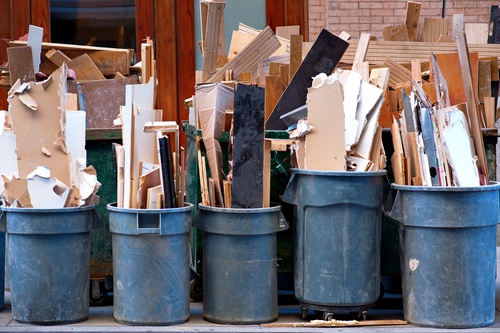 When you need to dispose of leftover material after a project, there are several options. You might think about taking your material away by yourself if you own a utility vehicle capable of holding and moving it.

You might also consider hiring a company to arrive at your property and take everything away for you so that you don’t have to deal with the problem of your waste at all. However, there’s another option that people often find more convenient and more cost-effective: renting a rolloff dumpster. If you’ve never considered renting a roll off dumpster before, you’d be well advised to learn more about this potential solution and how it can benefit you over other strategies.

Dumpsters have a long and surprisingly storied history, and understanding their evolution can provide valuable insights into using them for contemporary tasks. To help you understand more about these useful tools, Junk King have compiled a brief but thorough history and explanation of the dumpster, from its humble origins to its current iteration as a rolloff dumpster available for rent in various cities throughout the United States. Read on, and learn more about what a dumpster is and why you should consider renting one for your next project.

The History of the Dumpster: Humble Beginnings

Certainly, the idea of storing waste in localized receptacles is certainly not new—it probably predates recorded history. However, the first recorded use of the word “dumpster” appears much later, in the year 1936. One year earlier, a pair of entrepreneurs known as the Dempster Brothers decided to create a new waste disposal system. Their plan involved filling uniformly sized containers with waste at different areas and loading them onto the backs of garbage trucks. They achieved a patent for this system before 1935 was over, but the name didn’t come until later. By blending their last name with the word “dump”, the dumpster was born.

The name is still trademarked (in several different instances) by the Dempster Brothers, but it has been used so commonly in the near century since that it has entered the popular lexicon and is an umbrella term for large trash containers. In other countries, most notably the UK and Australia, dumpsters are known by different names. They may be referred to as skips, or even wheelie bins. Perhaps unsurprisingly, the dumpster has not evolved a great deal since its original conception. However, the uses for dumpsters have steadily expanded over past decades.

Dumpsters were originally used purely for garbage disposal, but this has changed as the years have passed. Today, people use dumpsters for a much wider variety of purposes, including recycling. You can also hire them for speciality projects. It is important to distinguish between dumpsters that are maintained and emptied by public waste services and those that are available for hire through private waste removal companies. Different dumpsters may be governed by various laws and may be intended for different purposes.

Roll off Dumpsters: How are They Different?

Roll off dumpsters are different from standard dumpsters. Several main features distinguish them: their tops are open (whereas regular dumpsters almost always have lids), and their shape is rectangular, as opposed to strictly cubic, meaning they come in different dumpster sizes than regular dumpsters. They also include wheels, which allows them easy movement than dumpsters that are typically lifted by garbage trucks. You wouldn’t move a roll off dumpster in the same way. Instead of relying on standard garbage trucks for transportation, you move them by specially outfitted roll off trucks.

What Can You Put Inside roll off Dumpsters?

Because many roll off dumpsters are rented out by private waste removal companies, they are subject to different rules regarding the materials that may or may not put in them. For example, large quantities of yard waste or leftover construction materials can easily be placed inside of a roll off dumpster, while anyone attempting to store these materials inside a dumpster on the street might be subject to fines for public dumping. On the other hand, renting a dumpster does not give an individual unlimited license to put whatever they want inside.

If you’ve decided to rent a roll off dumpster, there are several things you should make sure you don’t try to put in it. Most of these materials can be figured out by using a bit of common sense, which must do with their safety and cleanliness. The rule of thumb is that your material should not pose a danger to other people or animals that could access it through the open top, and that it should not permanently alter the appearance or functionality of the dumpster for the next users. You can learn just what kind of materials are allowed or prohibited by municipal and state laws by speaking to your rental company, who will also provide details on individual company policies regulating certain substances. Generally, though, it is a poor idea to put explosives, toxins, or contaminants inside a roll off dumpster that you have rented, and these things are strictly prohibited.

The Argument for Roll off Dumpsters

Despite certain limitations on the kinds of material you can dispose of with a rented roll off dumpster, these containers make far better choices for waste management solutions than most other methods. Renting a dumpster allows you to make your own schedule for filling it, which makes it more convenient than hiring a crew to visit you—especially if a last-minute emergency throws off your plans. Renting a dumpster also ensures that it will be picked up and removed by professionals, which saves you from putting in the effort of making multiple trips to a landfill and keeps your vehicle free from waste residue.

Choosing a Company from Which to Rent Your Rolloff Dumpsters

Once you’ve decided to lease a roll off dumpster, you’ll have to choose a company in your area from which to hire it. Most cities have at least a few options, but they can differ substantially regarding the products, services, and prices that they offer. At Junk King, for instance, we rent roll off dumpsters with a standard size of 8 x 12 feet, and a capacity of approximately 12 cubic meters. You can easily store these mini roll-offs on driveways, which makes dropping them off and picking them up incredibly convenient. We base our prices on the amount of space that each client uses in the dumpster they’ve rented. Pricing our services this way allows customers who use space efficiently to save money, giving each customer a certain degree of control over their rental and letting everybody rent as much space as their budget will allow.

Dumpsters have come a long way since their early days, and they remain one of the most useful ways to rid yourselves of unwanted material. Today, renting roll off dumpsters can even help you clear your property of debris after a major renovation or other project. Hopefully, understanding the history and knowing the different kinds of dumpsters available can help you make more informed choices about the way you dispose of junk. Keep the above information in mind, and you should be able to identify the situations that call for roll off dumpster rental easily.

One of the best things about hiring Junk King is that we recycle a much of the material we pick-up. This is proof of our commitment to being aneco-friendly removal service. If you have questions about what we do or what we believe, give us a call at (707) 744-4254.