You Can Recycle That? 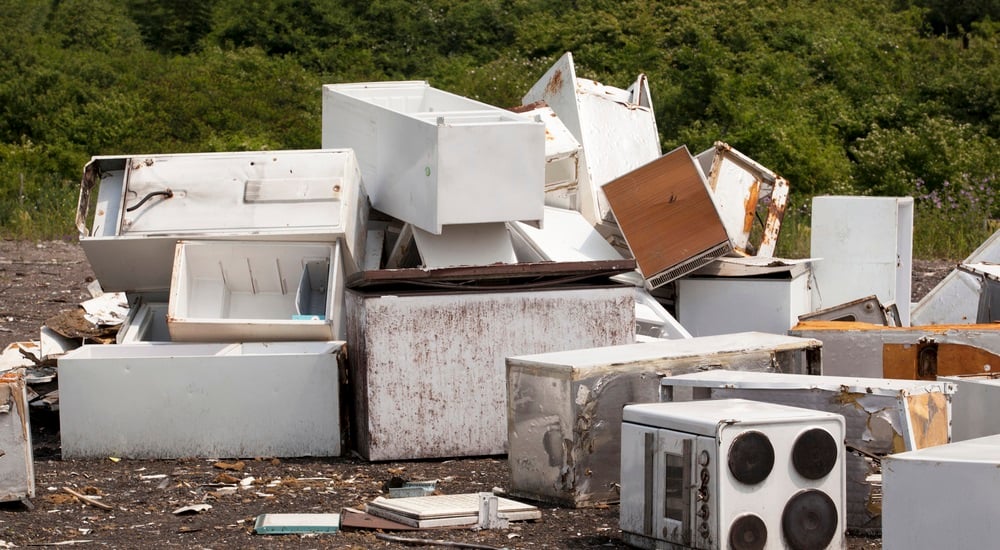 When most of us think of recycling waste we tend to think of paper, plastic, aluminum and glass. But there’s far more to recycling than that!

Most of us have grown up with recycling as a normal part of our lives. And some of us older folks can remember when it wasn’t a common household practice. While the practices we are familiar with today are relatively recent innovations recycling as a business has been around for a while.

Residential Recycling: Not So New

Recycling has been practiced for centuries although it probably wasn’t referred to as “recycling” until much more recently. For many Americans, recycling has always been around, but the fact is that it’s only  been practiced broadly in the United States beginning almost 50 years ago.

A high-level overview of residential recycling facts in America:

While it is true that most households only recycle some, if not all, of these items there are several household items and debris that can also be recycled. These are items that we tend to dispose of by taking them to the local landfill. But it might surprise you to learn that many of these things can be recycled.

Fortunately, much of what you find yourself disposing of from your household can be re-used or recycled – and not just the milk jugs and soda cans! But one of the problems that many homeowners have with recycling is in knowing what can and cannot be recycled safely.

To help you think beyond paper and plastic, here are five other common items that can be recycled from your residential trash:

Separating our trash for recycling has become an accepted and normal way of life in America, In fact, almost every municipality has the familiar recycling curbside bins and the number of programs, tools, and advocacy continues to grow.

The challenge is to expand that way of thinking and acting beyond the more familiar recyclables to other, larger items like household appliances and tools.

As we’ve illustrated here, along with plastic, paper, glass and metals in your household trash, you can also recycle big things like old appliances. The problem has been that we have traditionally tried  to get rid of large, unwanted items by taking them to the dump.

But this isn't the only nor even the best option.

In fact, in addition to landfills becoming scarcer and fewer, there are often restrictions on what can and cannot be disposed in them. For many homeowners, they will find that they cannot drop their old dryer or air-conditioning unit at the dump.

The good news, however, is that there are a surprisingly large number of items that can either be reused or broken down and their components recycled. This simply means that you can recycle your old, unwanted or unusable appliances at any recycle center that is equipped for them.

All of us have seen the random sofa sitting abandoned on the side of a road somewhere. Perhaps even an unusable refrigerator or washing machine at times. And we can probably all agree that it’s unsightly, a real safety hazard, and likely illegal in most places, we well.

But the good news is that there are several ways to get rid of these items without dumping them – legally or illegally.

Donating your used appliances can be a great option and many organizations will even pick them up for you. If your appliance can still be used, for example, there are many non-profit groups, or community thrift stores that would be glad to have them for free.

But maybe you just need to get rid of an old appliance that doesn’t work or is not easily repaired. No worries! There are businesses that will take your dead appliance from you and then dismantle it for the usable parts and recyclable materials.

And, if they offer free pick up, this means you don’t have to do the lifting, hauling, and transporting of your old appliance. This means you also avoid the disposal fees you would probably have to pay at the landfill or disposal facility.

Junk King provides professional junk hauling services to remove refrigerators, freezers, ovens, stoves, flattops, dishwashers, ranges and more. We have the equipment and teams to remove a large appliance up a small stairway or down your basement steps out through the garage.

We can remove commercial appliances if you are renovating a restaurant or upgrading your old equipment.

Whether the appliance is broken, or you just want to upgrade your equipment, Junk King can help you get it out of the way. We provide an eco-friendly appliance removal service to help you get rid of any unwanted washers and dryers, or any heating and cooling equipment.

Our professional and insured appliance disposal team will show up at your home and call 15 minutes before we arrive on site. Once there, we’ll give you a free estimate based on how much room your items take up in our truck. You point and we haul your old appliances into our junk removal trucks, with no hidden fees.