What Are Green Garbage Dumpsters?

The phrase “green garbage dumpster” seems like an oxymoron—unless you’re talking about the actual color of the dumpster bin, which you probably aren’t. We typically think of recycling as “green” or “sustainable” and trash as neither of those things. Garbage fills landfills and doesn’t get repurposed or reused. How could it be green?

The good news is that some dumpster rental services have seen the need to change things. They’ve seen that the ratio between what gets thrown away and what gets recycled is still heavily lopsided in favor of the former. They’ve also seen that people who rent dumpsters are typically looking for a quick, convenient way to remove junk from their homes or workplaces. Speed and convenience are hard to come by if you are painstakingly separating items into different bins for trash, recycling, and donations. As a result, all those things too often end up in a landfill somewhere, even if they could have been recycled or reused in some way.

So, what does it mean exactly if a dumpster rental company offers a “green garbage dumpster” option? 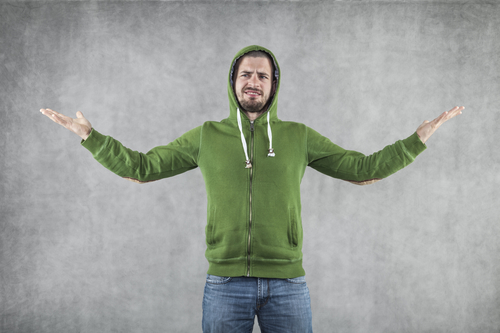 Think of the concept of a “green dumpster” in terms of the dumpster’s overall journey. In a typical case, a dumpster rental company would drop off a bin at your home or office. You would fill that bin with whatever you might need to get rid of, be it paper waste or old, broken furniture. The rental company would then come back to pick up the bin, after which they would likely haul it directly to the nearest garbage dump to deposit the trash. The narrative ends there, with your junk taking up space and decaying in a potentially environmentally harmful fashion.

The difference with a green dumpster company kicks in after the company picks up your filled bin. Instead of beelining for a landfill, the driver that picked up your dumpster would head to a trash sorting facility. There, employees would sift through your garbage and divide it into categories. One pile would be trash: junk deemed unusable. Another pile would be items that could be recycled. A third pile would include items for giveaway or donation.

After the sorting process is complete, a green dumpster company will make sure that everything gets to where it needs to go. Some of your stuff would ultimately make the journey to the landfill. Some of it, though, would be taken to the nearest recycling plant, or even donated to local nonprofit organizations.

In some cases, there might not be much to be salvaged from your dumpster. Such Is the case, often, with renovations. Bins packed with old carpet, drywall debris, broken tiles, and splinters of hardwood flooring are tough to sort—let alone reuse or recycle.

For every situation along these lines, though, there are dozens of other dumpsters that include items that shouldn’t be thrown away just yet. Furniture; electronics; books; toys; appliances; artwork. All these items end up in dumpsters during home cleanouts or office relocations.

It’s not that the people or businesses renting dumpsters aren’t interested in recycling. Rather, it’s that figuring out where to take these items for reuse isn’t always easy. Where do you take a TV you don’t want anywhere? How do you deal with a refrigerator once you’ve traded it out for a newer model? How do you transport a couch somewhere for donation if you don’t have a pickup truck you can use to get it from Point A to Point B? The logistical challenges of recycling, donating, or even selling belongings—especially bigger items—sometimes outweigh the convenience of depositing them all into the same bin.

In these cases, finding a green dumpster rental service is the perfect solution. You can fill your bin with whatever items you don’t want anymore, from the small (old cookbooks) to the large (king-sized mattresses). The dumpster rental company will handle the time-consuming sorting process, as well as the next steps of finding new homes for those items. Best of all, you will rarely pay significantly more for this extra perk. The dumpster rental companies that offer sustainable services do so, in large part, because it is the right thing to do.

One of the major benefits of getting a green garbage dumpster rental is peace of mind. Knowing that you are doing your part to protect the planet is a comforting thought, and is something that is heavily important to many consumers. Businesses, too, value sustainability. In an age where many companies have adopted green initiatives, it only makes sense to look for trash removal services that are environmentally friendly.

Green dumpster rental companies often go beyond recycling with their sustainable initiatives, too. For instance, a major problem with junk removal is that the trucks used for garbage collection or pickup are so large, heavy, and inefficient. Some green dumpster rental businesses have taken to using vehicles that run on biodiesel. These companies are slowly starting to rewrite the idea of the garbage truck as a smelly, gas-guzzling threat to the environment. 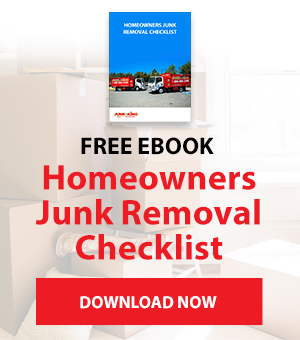 Another issue that green garbage dumpsters help solve is the sorting problem that many dumpster rental services have. Consumers will often rent dumpsters because of how much they help simplify the junk removal process. It’s easier to toss everything into a single bin than to sort it into various categories to be hauled off to different locations.

Unfortunately, some dumpster rental companies do require customers to sort their garbage. Some companies have strict restrictions on certain items—such as mattresses, electronics, and appliances. These items can be hazardous to the environment if disposed of improperly. As a result, dumpster rental companies will often prohibit the items entirely, or at least require you to deposit them in certain bins. By not allowing all your garbage to go in the same bin, these companies inadvertently hamper the convenience of dumpster rentals.

Green garbage dumpster rental services solve the sorting problem by handling sorting for you. These companies are less restrictive about the items you can and cannot put in their bins. They also don’t have as many different types or categories of bins for different waste. You can toss everything into the same dumpster because all that stuff is just going to be pulled out and sorted later. Green dumpster rental companies, in other words, preserve the convenience of the dumpster rental that many of their competitors do not.

Look for a Green-Friendly Dumpster Rental

Whether you are preparing for a residential cleanout, an office relocation project, or a major renovation or construction process, you will probably want a dumpster on the premises to use for easy junk removal. Next time you look for a dumpster rental company, though, make sure to look for a business that advertises itself as “green” or “sustainable.” Green garbage dumpsters are smarter, more environmentally friendly, and more convenient than their not-so-green counterparts. It turns out that “green garbage dumpster” isn’t an oxymoron after all. If anything, it’s the future of the junk removal industry.

At Junk King, we are proud to have had so many repeat customers over the years. Many people rely on us whenever they need junk removal services. In addition to our self-service green dumpster rental offerings, we also offer a service where we handle the junk removal for you. If you are interested in either of these services and want to learn more, you can always give us a call at 1-888-888-JUNK. You can also book a rental via our homepage.