Ah, dumpsters: gross bins full of fetid refuse, or mysterious and exotic treasure troves for those with curious minds and strong stomachs? Honestly, it depends on the day--and the people with access to the container in question. However, those in the dumpster rental business always end up with a front row seat to the weirdness, and our team is no exception.

Our team has seen all kinds of weird things in haul away dumpsters over the years. Some of them have been simply mystifying, while others have run the gamut from inspiring to disgusting. Readers be warned: the descriptions that follow could be a little graphic.

Of course, we’re not the only dumpster rental company that has seen some oddities in haul away dumpsters. That’s why we’ve drawn from numerous sources for this little exposé. Read on and learn more than you probably ever needed to know about the kinds of things other people throw away. Think of this as a lesson in what not to do during your dumpster rental.

Our Top 10 Weirdest Things Found in Haul Away Dumpsters

Without any further ado, here are the ten weirdest things we ever heard of people throwing out in haul away dumpsters. 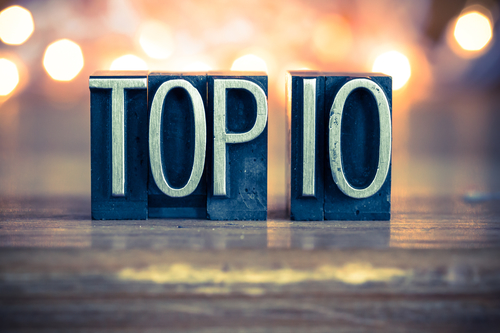 Three years ago, an anonymous dumpster collector using the handle “worldssiilliestgoose” posted several of his strangest experiences to Reddit—they’re so good that they actually account for more than one item on this list. Let’s call him (or her) “Steve” because that’s easier to type. The first of Steve’s finds was actually useful—assuming that you like your vegetables. He (or she) claimed to have found an entire dumpster full of raw onions in the dumpster next to a house “in the middle of nowhere.”

Onions are super nutritious, so we’re not sure why anyone would ever throw so many of them away. Allergies, maybe? Whatever the reason, we don’t recommend using your rental dumpster to throw out produce unless it’s gone bad. However, you’ll be pleased to know that you can throw out onions in most rental dumpsters, along with yard waste and other forms of organic material.

Unfortunately, some people abuse their privilege to dispose of organic matter in haul away dumpsters. That’s where Steve’s second find takes a significantly darker turn. Steve came across one dumpster containing skinned raccoons, along with a deer hide that had (ugh) frozen to the bottom of the container. Even worse was the fact that he regularly collected dumpsters from this location and found animal corpses on more than one occasion.

Cruelty to animals is obviously a no-no, but you also shouldn’t put anything in a haul away dumpster that could damage the interior or make it difficult for the rental company’s team to clean. You think your dumpster tech wants to scrape frozen animal entrails out of the bottom of your container? Think again—and expect the price of your rental to change (at the very least) if you ever decide to copy the guy responsible for that.

Ah, milk. Part of a healthy and balanced diet—unless you’re finding it at the bottom of a dumpster. This brings us to the final chapter of Steve’s saga—which involved him picking up a dumpster from a high school. Did you know that high school cafeterias almost never dump their excess milk before they throw out the containers? Well, you know it now.

Here’s the kicker: what do you suppose happens to three inches of milk if the weather outside turns hot before the dumpster is picked up? That’s right, friends—you get three inches of dumpster cheese instead. Delicious.

Not all dumpster finds are terrible. In fact, some of them can be pretty rewarding for the person who collects the container or whoever reaches it first. Just ask the construction and remodeling contractor who found a dumpster filled with free stuff the owner was just giving away.

Among the prizes? A PlayStation One gaming system with working controllers and cables, along with a stack of Nintendo Gameboy Advance cartridges and a white gold necklace with diamonds on it. That’s right—sometimes dumpster diving does pay. The whole cliché about one person’s trash being another’s treasure was literal in this case.

We’re going back to another gross one. This story comes to us from a contractor whose job was to remove hazardous waste from a hospital. At one point, they were called into the or because a tech had accidentally thrown away a human gallbladder that was supposed to be tested for cancer. They had to call the dumpster rental company to open the container and ended up spending three hours sorting through the contents.

We don’t imagine that you’ll have many opportunities to throw away human body parts, but if you do… please don’t use our dumpsters. That’s just gross.

One haul away dumpster behind a residential building was filled with mysterious jugs of liquid, until the dumpster collector tried to dispose of the contents. Several of the jugs burst, showering the collector with what turned out to be cold human urine. Apparently, an undocumented family living in the motel had been peeing in the jugs so that the motel owners wouldn’t know how many people were living in the unit. Everything about this situation is just unfortunate.

Time for another feel-good story, don’t you think? We do, so here’s an anecdote about a family who discovered a large box of matchbox cars in their haul away dumpster before it was taken away. No clues as to where they came from, but the family (intelligently) decided to take the cars and have them appraised. They ended up being worth approximately £3000-£5000, which comes out to approximately $4000-$7000 USD. Nice find!

Don’t think a stuffed raccoon wearing a toddler’s t-shirt is odd? How about an entire stuffed alligator in the same container? Maybe they were friends? Unlikely.

This one might not have the wow factor that some of the other items on this list carry, but it’s still worth noting because it’s strange that anyone would throw away perfectly good glass or precut boards. However, Matt Malone says he comes across those items pretty often in his work, and he’s far from the only person. We’ve seen plenty of perfectly usable building materials thrown away or discarded in our bins, which is a shame for the people who purchased them. We don’t know why people would do this, but we’re always happy to recycle the materials or dispose of them in a way that doesn’t create environmental waste.

Many items are perfectly acceptable for disposal in rented haul away dumpsters: yard waste, old furniture, bricks, concrete, and old building materials are just a few of them. However, we advise you not to throw away anything you could still use in your rented dumpster—especially not if it’s disgusting or dangerous.

In addition to our self-service dumpster rental offerings, we also offer a service where we handle the junk removal for you. If you are interested in either of these services and want to learn more, you can always give us a call at 1-888-888-JUNK. You can also book a rental via our homepage.