The Current State Of E-Waste 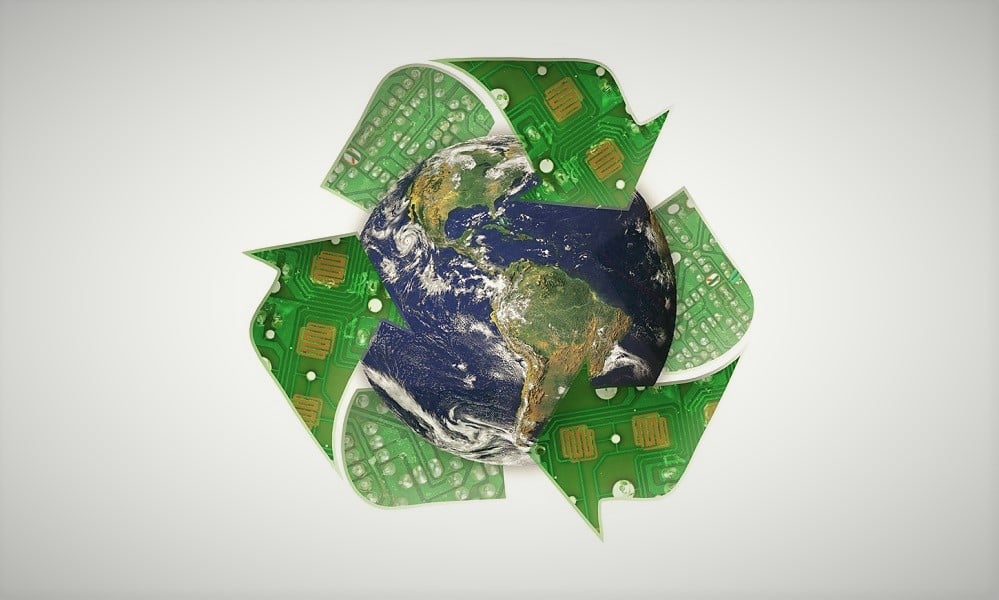 Efforts in recycling and reusing electronic waste, or e-waste, has improved greatly over the last decade or so, but there is still much more to be done.

We are flooded with a tidal wave of old, broken and out-dated electronic devices. It's been estimated that the amount of worldwide e-waste generation in 2018 was close to 49.8 million tons. This is roughly the equivalent of almost 140 Empire State buildings!

But the good news is that almost 100 percent of this e-waste can be recycled or reused.

That Current State of E-Waste Recycling

The United States tends to lead the world in a number of things and e-waste generation and e-waste recycling. As a country, we are one of the world's leaders in producing electronic waste. Given that we only make up 4.27 percent of the world's population, it's an incredible thought that we produce more total e-waste than any other nation aside from China.

Interestingly, however, there are a number of smaller countries that generate far more e-waste per capita than the U.S. or China. The countries which lead in per capita generation of e-waste in 2014, for example, were Norway, Switzerland, Iceland, Denmark, UK, Netherlands, Sweden, France, and Austria.

Like the United States, which ranked right after Austria, these are all relatively wealthy developed countries, with a consumerist culture. With ample disposable income, these citizens tend to upgrade technology frequently as it becomes available, and often own larger numbers of products.

We have created this inforgraphic that illustrates key statistics regarding the current state of e-waste recycling in the United States:

What You Can Do to Help E-Waste Recycling

There are a number of actions all of us can take to boost the "eCycling" efforts of our country.

At the end of the day, recycling comes down to individual choices. In California, many of those choices are strongly dictated by existing laws, of course, but the truth is that many smaller device and batteries can be easily thrown in the trash despite the laws.

The good news is that alternatives are numerous and easy. Many local groups and organizations host events for collecting and recycling electronics. In addition, many municipal waste services provide certain days each year specifically for collecting electronic waste.

Remember, too, that 100 percent of electronics can be either completely recycled, or dismantled and some components recycled while other elements can be reclaimed and the remainder disposed of in an environmentally-friendly fashion.

And for some items, especially old phones, you have other options.

Your Old Phones Can Be Donated, Too

If you old phone is still usable, you can donate it to any number of good causes and worthy charities. In addition, donating helps reduce the amount of e-waste going into landfills. Besides, helping someone in need by donating phones can be far better than simply recycling them.

According to the EPA, a vast majority of the electronics that are disposed of every year still have substantial use in them. So, unless it is irreparably broken, there's not reason for them to be simply thrown out.

If you want to donate your old phones instead of trying to sell them or recycle them, here a some options to consider: