Severe Drought: When The Water Runs Out 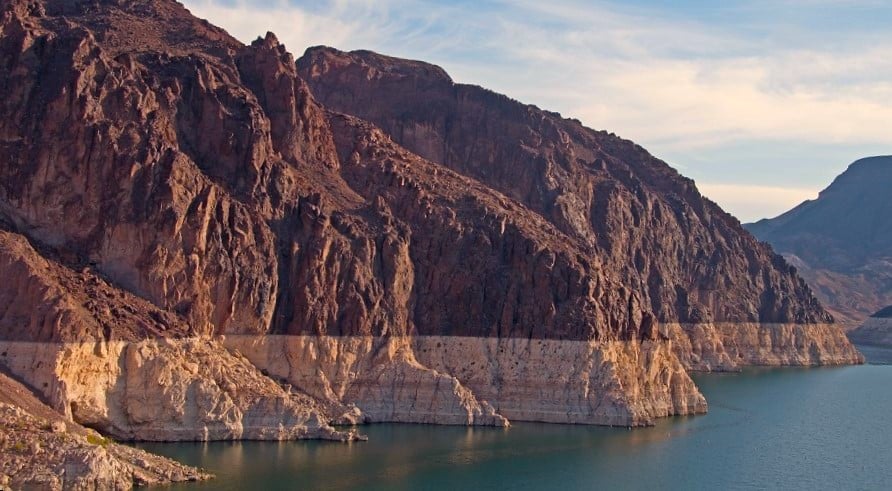 [This article was first published here in October 2021 and has been revised and updated.]

Vast regions of the American West are in a drought and water has become a critical concern. And California, the hardest hit, also has the largest demand.

For California residents, as well as other states in the West, conserving water is far more than a smart thing to do. It has become a survival issue for many.

A Record Drought and Vanishing Water

"Drought expanded in the Northwest as warm, dry conditions continued across the region. The Midwest, Southeast, and Northeast saw a mix of improvements and degradations."

In other words, it hasn't gotten much better there and, in some places, has continued to get worse.

California is the nation's most populous state with over 39,600,000 residents.

As of August, 2022, , it is estimated that at least 37,243,380 of these people are living in an area that is in some level of drought. That's 94 percent of the entire state's population! And, while those residing in regions of the state that are suffering the worst level of drought categories, labeled as "Exceptional Drought," has dropped significantly from a year ago, these regions are still in a "Severe Drought" condition.

The current California drought started the week of Feb. 11, 2020, when drought conditions first appeared in nearly 10% of the state, according to the U.S. Drought Monitor.

Everyone in the Western states of New Mexico, Arizona, Utah, Nevada, Montana, Idaho, Washington, Oregon, and, of course, California, are painfully aware of the impact of the drought. 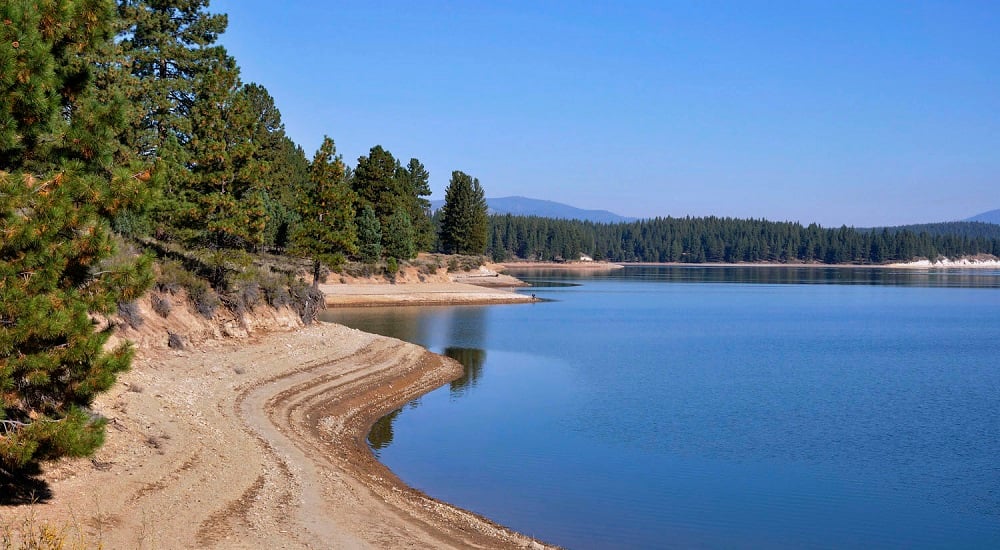 Recently, in Nevada, the drastically low water levels of Lake Mead have been in the news due in large part to the several bodies that have been recovered as the waters recede. As of the end of August, 2022, the water level in the reservoir was almost 185 below it's full level.

According to recent story from CBS News,

"Communities across the region are contending with the consequences of less water.  But mounting concerns about the mega-drought seemed to reach a peak in recent months, when its repercussions became startlingly clear at Lake Mead. The reservoir, the country's largest by volume, sank to record-low elevation levels this summer.

Located along a stretch of the Colorado River, Lake Mead spans hundreds of miles over the border of eastern Nevada and western Arizona. It works conjunctively with Hoover Dam to supply water and power to 25 million people, and is a lifeline for major cities and agricultural hubs throughout the region."

In addition to power generation, the West's rivers and reservoirs provide much-needed drinking water to some of the most populous regions in the country.

The other major body of water in the Southwest, Lake Powell, is suffering, as well.

As one science journal reported recently,

"Lake Powell, the second-largest reservoir in the United States, now stands at its lowest level since it was filled in the mid-1960s. A key component of the western U.S. water system, Lake Powell is currently filled to just 26 percent of capacity. This is its lowest point since 1967."

Of the twelve major reservoirs in California, for example, all but one are below full capacity, and two of them are currently below 25 percent capacity.

Another concern is agriculture.

According to Food Business News, California is the nation’s top ranking agricultural producer in dollar value due to the output of produce, nuts and other high-value crops. However, the state is expected to lose 10 percent of its water by 2040, or about 6 million to 9 million acre-feet of water per year. Less water can easily translate into less food production.

The latest map from the drought monitor shows that 90 percent of what it considers the West is in drought.

Conditions are “severe” to “exceptional” in about half of the region.

Despite the best efforts of state officials and others, the water levels continue to recede in most every region throughout the western states, especially in California. All of which means that the practices of water conservation on an individual level are more critical than ever.

Water Conservation for the Rest of Us

Everyone suffers when the water runs out, but some suffer more than others. For example, this summer, the California State Water Board issued an emergency order barring thousands of water rights holders, including farmers and other landowners, from diverting water from the delta.

To help battle the shortage and alleviate these types of restrictions, the State of California Department of Water Resources offers these water conservation tips:

In addition, the website at SaveOurWater.com offers more tips, such as:

Around the House and Yard

It may seem that water is abundant on our planet when one considers all the rivers, ponds, lakes, seas, and oceans.

The fact is that the cumulative volume of both salt and fresh water is somewhat miniscule in comparison to the solid matter that makes up the surface of our planet, as this graphic reveals: 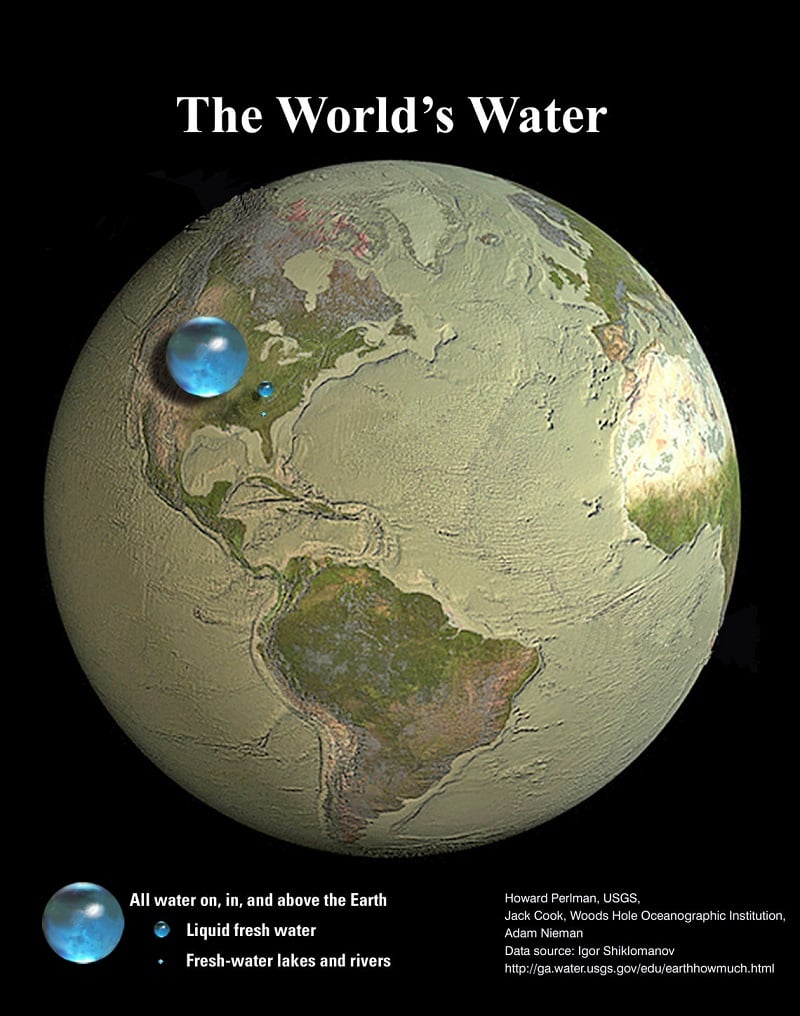 The bottom line is that increased efforts at water conservation are absolutely essential and it appears that, unfortunately, this hasn't been the case across all of California.

According to information from the State Water Resources Control Board,

We obviously must do more.

In fact, our main goal is to make the whole junk removal process easy and affordable for you.

Our courteous and professional junk hauling teams have the resources needed to haul off any large, bulky, and heavy junk items quickly and easily, along with any other junk you need removed.

And they can do it all without damaging any part of your home or workplace on the way out.

Our professional and insured junk hauling and disposal team will call 15 to 30 minutes before we arrive at your home or place of work. And, once we’re there, we’ll give you a free estimate based on how much room your junk and debris takes up in our truck, including any large junk items you want to get rid of.

It's fast and easy - you simply point and we load your waste materials and junk items into our junk removal trucks, with no hidden fees.