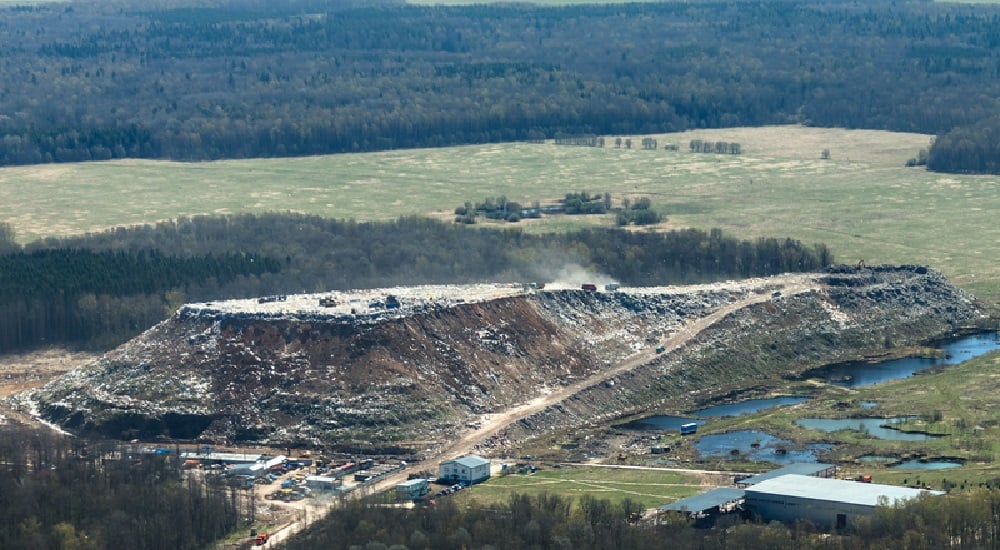 [This post was originally published in October, 2017 and has been expanded, updated and revised.]

You might not normally think of recycling and junk removal as being the same thing. But with the right choices you can accomplish both at the same time.

In the United States, we often talk about the environment, recycling and "being green." However, there's still a great deal of room for more improvement, especially with our consuming practices.

We Came, We Saw, We Shopped

In our country especially, consumer behavior drives the major dynamics of recycling and junk disposal. We are a nation of consumers.

According to Madison Wealth Management,

So, what does that look like in comparison to other countries? Here's a telling graph:

Keep in mind, too, that China (Number 2) and India (Number 7) together have 10 times the population of the United States. Yet, we manage to outspend them both by more than seven trillion dollars every year. That's almost 65 percent more "stuff" consumed than the two most populous nations in the world combined!

What this translates into is an excessively large volume of both shipping and packaging material waste, as well as a high volume of "old" or junk goods being disposed of. It is this (growing) trend that is the major contributor to our recycling and junk disposal dilemma in the U.S.

Where Does All the Trash and Junk Go?

The sheer volume of solid waste generated in America is stunning.  Although the U.S. represents just 4 percent of the world's population,  we produce 12 percent of global municipal solid waste.

According to the National Geographic,

"The world generates at least 3.5 million tons of plastic and other solid waste a day, 10 times the amount a century ago, according to World Bank researchers. The U.S. is the king of trash, producing a world-leading 250 million tons a year—roughly 4.4 pounds of trash per person per day."

That's roughly the equivalent in weight to more than 40 Great Pyramids of Giza! And we're producing that much every year. And, on a global scale, worldwide waste is expected to double over the next 15 years.

All of this illustrates the crucial need for less consumption and more recycling, reuse and repurposing of our "junk." And, while recycling has improved over the years, the recycling levels in the U.S. have not improved significantly since 2000. This is despite the billions of dollars spent on recycling competitions, symposiums, and awareness campaigns as well as the ongoing research and development of new trash sorting technologies.

One of the more troubling components of recyclable trash is plastics. Another National Geographic article reported on a study of waste plastics:

The new study... is the first global analysis of all plastics ever made—and their fate. Of the 8.3 billion metric tons that has been produced, 6.3 billion metric tons has become plastic waste. Of that, only nine percent has been recycled. The vast majority—79 percent—is accumulating in landfills or sloughing off in the natural environment as litter. Meaning: at some point, much of it ends up in the oceans, the final sink.

If present trends continue, by 2050, there will be 12 billion metric tons of plastic in landfills. That amount is 35,000 times as heavy as the Empire State Building.

Many types of plastic used both in the construction of consumer goods, especially electronics, and a majority of the packaging used, cannot be cost-effectively recycled or recycled at all.  In addition, most plastics have a long life. Many plastics take more than 400 years to degrade, so most of it still exists in some form at least four centuries from now.

There is good news, however! Almost everything that ends up in the solid waste stream can be recycled, repurposed or reused.

And there are a number of common materials that make up the bulk of our household trash and junk that should be recycled and reused. By knowing what these waste materials are, and being strategic in your junk disposal practices, you can make a huge difference in our nation's overall recycling efforts.

Another key element is to avoid dumping large trash and junk items at the landfill.

Much of what ends up in landfills can, in fact, be recycled, reused or repurposed. But this means either separating and disposing of those items yourself, or fining a junk hauling company that knows the difference and is dedicated to recycling as opposed to simply "dumping" it all.

To help with that, we've put together this infographic illustrating the five ways you can support recycling by having your junk hauled off by the right junk hauling firm:

Being Green by Recycling: It Matters

We hear it all the time and our municipal waste bins reflect it, as well. Different bins, or compartments, for different materials, all to be recycled if possible. And your household junk and excess trash can be handled the same way.

So what are the benefits of our improved recycling efforts?

Whether it's simply an growing amount of clothes, shoes, and other personal belongings, or larger household items like furniture or sports equipment. Almost everyone finds themselves with too much stuff at some point. In addition, things break, wear out, or simply become unusable or outdated.

However, with a little planning and forethought, much of what we see as "junk" or simply trash can, in fact, be utilized or disposed of in other ways like being sent to a recycle center.

The most common materials that get recycled from homes is paper, plastic, aluminum cans and glass. But there are larger items such as appliances and mattresses that can be recycled either directly into raw material, or through reuse and repurposing.

The Only Team for Your Green Junk Removal

Junk King is proud to be North America’s "greenest" green junk removal service. We pioneered recycling based junk removal in 2005 and have been going greener ever since. We sort each and every job for metals, e-waste, paper, household goods, textiles, furniture and appliances, in our recycling warehouses.

But “going green” also means we donate, repurpose, and reuse everything from clothing, toys, baby cribs and strollers to office furniture and supplies. We run many of our trucks run on biodiesel, a domestically produced fuel made from more environmentally safe non-petroleum, renewable resources. Junk King is committed to continuing to lead the way to help keep our planet clean, green and beautiful for the generations to come.

Junk King provides an efficient, safe and eco-friendly residential junk removal service so you don’t need to worry about the pick up or disposal of the debris after your project is complete.

Whether you need our services several times during a storage space cleaning project, or just once after it is complete, our hauling professionals will ensure that the furniture and debris is quickly out of your way so that you can get on with your life.

Our team specializes in trash and junk removal. We can be at your home in mere minutes, so call us today! Our crew is fully insured and well-trained, so you can trust them to get rid of your unwanted items in a professional and courteous fashion.

One of the best things about hiring Junk King is that we recycle a much of the material we pick-up. This is proof of our commitment to being an eco-friendly removal service. If you have questions about what we do or what we believe, give us a call at 1-888-888-JUNK (5865).