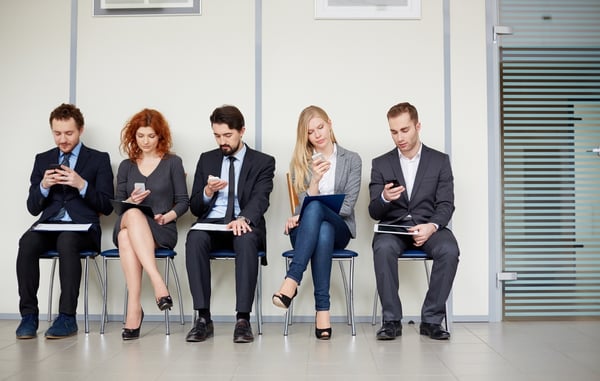 [Editors note: This post was originally published in September 2016 and has been revamped and updated for accuracy and comprehensiveness.]

With the release of the new iPhone there is likely to be a flood of "old" phones being added to the e-waste pile. But how should you manage all that electronic junk removal?

E-Waste, or electronic waste, is everywhere in our homes and offices. And e-waste disposal is a problem. At the rate that most of us replace and upgrade electronics to new models, our old gadgets end up not getting used, often collecting dust in some basement or office.

Think about your home right now: how many printers, computer monitors and old TV sets have been out of commission for over a year now? If you counted a few or more, it’s probably time to get rid of those e-waste items.

Did someone say "junk removal?"

There are a few issues to consider with e-waste disposal. Because of the number of laws and regulations, especially in states such as California, many items such as monitors, TVs, and even cell phones cannot be simply tossed in the trash. What's more, when you want to properly dispose of a computer monitor - particularly any old CRT devices you still have around - the process takes time, effort and money.

Getting Rid of E-Waste is a Global Challenge

According to the website Earth911.com, e-waste disposal and recycling is becoming increasingly problematic.

"E-waste isn’t always easy and convenient to recycle. Local governments often have e-waste collection days a few times a year, but that means that homeowners have to store the unwanted items in the meantime. Several electronic stores will accept electronics for recycling, but Best Buy – one of the largest e-waste recyclers – just began charging for collection of some electronics, including TV and computer monitors."

Jason Linnell, co-founder and executive director of the National Center for Electronics Recycling, attributes the trend in fees to a large drop in demand for metals and glass, as well as other factors.

“There were a number of new companies that formed when commodities such as gold got hot, but since they’ve dropped back down, those firms have failed,” Linnell says. “But also, CRT returns have increased as the new, lighter screens and computer monitors get cheaper. This problem isn’t going away anytime soon, as we estimate there’s about six billion pounds of CRTs still left in people’s homes.”

Facing increased regulations and added fees for recycling e-waste, it may seems easier to simply through out your old electronics. But the e- waste problem is that it contains toxic materials that are likely to be detrimental to human health. The following facts about e-waste reveal not only the scope of the problem, but the resources that are being tossed in landfills each year:

With businesses and homeowners facing increased regulations and added fees for e-waste recycling, it may seem easier to simply throw out old electronics. In fact, junk hauling is not a typical first option for many people.

However, not only is this often against the law to dispose of most electronics, it is a health hazard because e-waste contains toxic materials that are likely to be detrimental to human health.

There are a few issues to consider with e-waste junk disposal. Because of the number of laws and regulations, especially in states such as California, many items such as monitors, TVs, and even cell phones cannot be simply tossed in the trash.

What's more, when you want to properly dispose of a computer monitor - particularly any old CRT devices you still have around - the process takes time, effort and money.

The sheer volume of electronics that are disposed of each year in the United States is overwhelming. For example, almost 1.3 million cell phones are replaced every year!

Here is an infographic that illustrates some of the key statistics around e-waste collection and recycling in the United States:

Our professional and insured e-waste removal team will show up at your home or office and we call 15 minutes before we arrive on site and we’ll give you a free estimate based on how much room your junk takes up in our truck. You just point and we haul those items into our junk removal trucks, with no hidden fees.
Ready to remove those old electronics? It’s as simple as 1, 2, 3. You make an appointment by booking online above or by calling 1.888.888.JUNK (5865).