“What an exciting few weeks it has been for us – we recently hit 1 million jobs, 400 trucks on the road and 100 franchise locations in the United States. Now, we have another achievement to celebrate,” says Michael Andreacchi, CEO of Junk King. “Being included on this list alongside leading brands makes me extremely proud of what Junk King has been able to achieve in the past 15 years.” 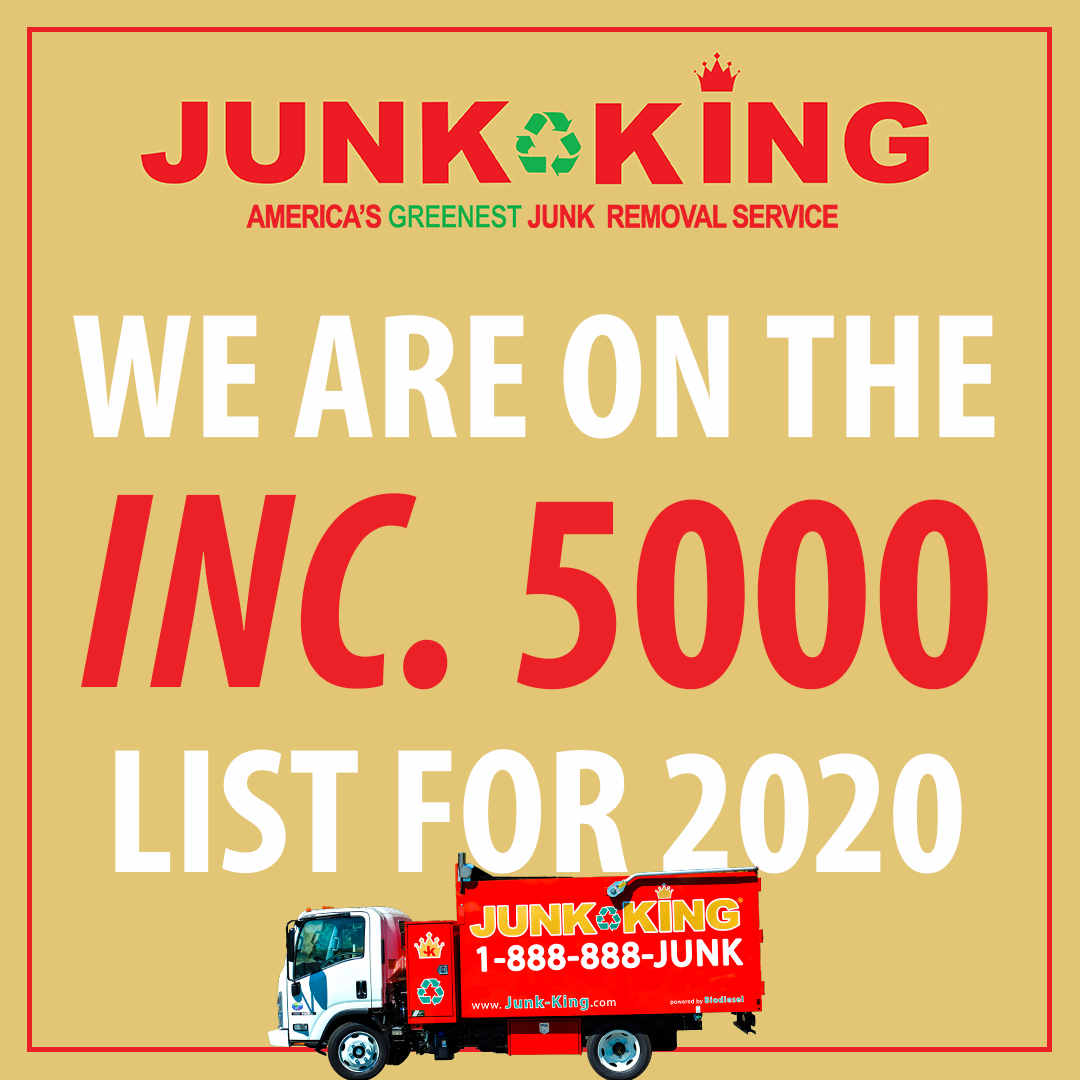 Companies that have placed on the 2020 Inc. 5000 list have seen monumental growth numbers throughout the year. The list shows the groundbreaking expansion for the companies and the strides they’ve made to improve upon previous year’s development.

“The companies on this year’s Inc. 5000 come from nearly every realm of business,” says Inc. editor-in-chief Scott Omelianuk. “From health and software to media and hospitality, the 2020 list proves that no matter the sector, incredible growth is based on the foundations of tenacity and opportunism.”

Junk King is firmly entrenched as the second largest and fastest growing player in the still young junk removal industry. We launched in October 2009 and have awarded more than 100 new franchises, including two Master licenses in Canada.

Click here for more information about Junk King’s first-ever ranking on the Inc. 5000 list, and be sure to visit our website to learn more about our franchise opportunities.