Is Your Cardboard Recycling Safe? 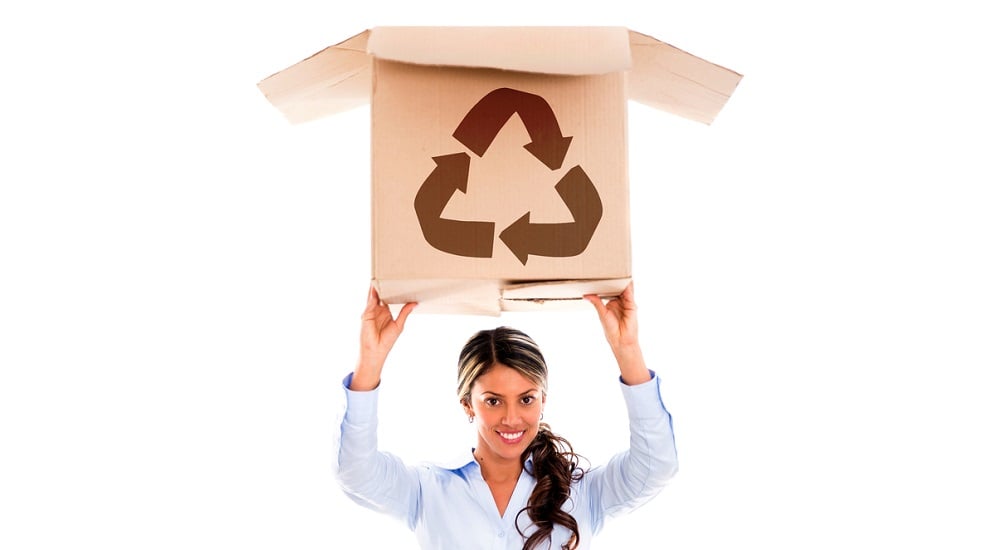 While it is certainly safe to recycle your used cardboard, your cardboard waste may not be safe!

Most people have heard about thieves stealing copper and other metals to sell as scrap. Even catalytic converters are prime targets for metal thieves. But stealing cardboard? Seriously?

Here's a quick tip for you: if you aren't already recycling your cardboard waste materials you should be.

"In today's economy, businesses and institutions recycle items like cardboard because it often saves them money on waste disposal costs. Recycling is also good for the planet and local communities because it helps conserve valuable resources, reduces pollution from production of new materials, and creates jobs."

While this is true about cardboard, it is true for most recyclable waste materials. But cardboard is even more amenable to being recycled - repeatedly!

In addition, the more cardboard we recycle to create new cardboard and related products, the less new, or virgin, cardboard we have to produce. And this matters to the planet.

As Valley Recycling points out,

"Using a recycled material, rather than a raw material conserves energy and natural resources and helps reduce pollution. Making the pulp used in cardboard creates sulfur dioxide, a gas that causes acid rain. Recycling cardboard cuts that pollution in half. Paper fibers from corrugated boxes are long and strong."

This is significant for a few reasons. Unlike some waste products, cardboard can be recycled between five to seven times. In addition, it is generally a straightforward and easy material to recycle, unlike many plastics, for example.

Cardboard Theft: Is That Really a Thing?

Unfortunately, yes, it is.

It is a global problem that deprives legitimate recyclers and local governments of valuable revenue.

One article reported the following,

"67,000 tons. That’s the amount of cardboard waste meant for recycling that a gang in Madrid, Spain, allegedly stole and shipped to Southeast Asia every year since 2015 for an average of about $12 million per year, according to the BBC."

And it is a problem in the United States, as well.  The theft of waste cardboard - particularly those crushed and banded bales behind stores - spikes when the price of cardboard goes up.

Business Insider had this report a few years back,

"When the economy booms, cardboard prices rise as manufacturers make more goods and need more packaging to sell them. Thieves are more brazen, and steal much more, when cardboard prices peak.

Waste haulers count on selling the recyclables they retrieve at the curb to offset the cost of collection, industry experts said.

'Our industry loses millions of dollars a year due to cardboard,' said David Biderman, general counsel for the National Waste & Recycling Association. 'One piece of cardboard by itself isn't valuable. But customers often generate substantial values of it.'"

The article goes on to note that cardboard theft occurs on a much larger scale in commercial areas where big box retailers unload tons of the material along with their merchandise, but law enforcement rarely has time to police it.

And there are other issues that result from cardboard theft.

In California, for example, cardboard theft makes it difficult to determine whether the state is meeting mandated recycling goals.

In residential neighborhoods, cardboard scavenging brings complaints from residents. They fear that those rummaging through their trash bins might find information that could make them susceptible to identity theft.

Others are more sympathetic to these often homeless people who are also looking for bottles and cans to make a meager living.

Keeping Cardboard (and Other Recyclables) Safe

The City of Los Angeles Department of Public Works offers the following tips:

If you have large quantities of waste cardboard (and other junk) one of the best things you can do is to simply call Junk King to come and remove it all for you. Not having large stacks of cardboard lying around is the best way to prevent scavenging and theft.

In addition, calling a professional junk removal firm like Junk King means that not only will you have fast, reliable service with fair prices, but you will know your junk and recyclables will actually be recycled!

Your Choice for Junk Recycling and Junk Removal

One benefit of having a professional firm pick up your household recycling and other trash is that you won't have it  taking up space. Typically, you can have it taken away that day or the next day.

We pioneered recycling-based junk removal in 2005 and have been going greener ever since. We sort each and every job for metals, e-waste, paper, household goods, textiles, furniture and appliances, in our recycling warehouses.

But “going green” also means we donate, repurpose, and reuse everything from clothing, toys, baby cribs and strollers to office furniture and supplies.

We run many of our trucks run on biodiesel, a domestically produced fuel made from more environmentally safe non-petroleum, renewable resources. Junk King is committed to continuing to lead the way to help keep our planet clean, green and beautiful for the generations to come.

Our team specializes in trash and junk removal and we can usually be at your home in mere minutes, so call us today! Our crew is fully insured and well-trained, so you can trust them to get rid of your unwanted items in a professional and courteous fashion.