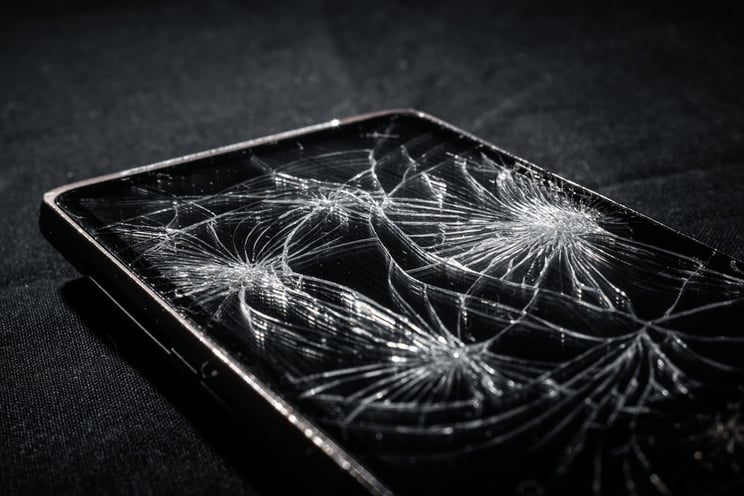 [Editors note: This post was originally published in October 2016 and has been completely revamped and updated for accuracy and comprehensiveness.]

Every year there's a flood of "old" phones added to the waste stream. But what should you do with your e-waste?

Electronic waste, or e-waste, can be found everywhere - in our schools, our homes, our workplaces, even in our cars! It could be old or broken cell phones, out-of-date computers or monitors, old televisions or gaming consoles, and even office equipment or kitchen devices. What they all have in common is usually circuit boards and electronic components.

And that they need to be disposed of properly.

And properly disposing of all this e-waste is the problem.

Getting Rid of E-Waste is a Global Concern

E-waste includes a wide variety of items. In fact, CalRecycle says that the definition of what constitutes "electronic waste" is still not officially determined. But it is safe to assume that pretty much any electronic device you need to dispose of can be considered e-waste.

Aside from TVs and computers, probably the most ubiquitous - and numerous - devices are our cell phones. Today that typically means smart phones, but the planet is still full of flip phones, slider phones, and even a few "antique" mobile phones from the early days of cell service.

And they all die eventually, or get irreparably broken. So they need to be gotten rid of.

Quick tip: don't dump it straight into the trash. Electronic waste, or e-waste, can leak harmful chemicals into the environment, so you don't want it sitting in a landfill. The best way to dispose of your device is through an official recycling program, one which will make sure all the components are dealt with properly. Unlike regular trash and recycling, you can't put your e-waste out for curbside pickup, so proper disposal will vary depending on where you live.

In fact, aside from trading it in, selling it to someone else, or donating it, recycling is the best option for your unwanted old phone. In fact, many of the charitable organizations that you can donate your phone to will likely have it recycled.

The recycling process allows a vast array of valuable materials and resources to be recovered and reused. The typical smart phone is rich in rare metals, heavy metals, valuable plastics and other elements that makes the recovery process cost-effective in most cases.

And, if the phone is still in good working order, it can be refurbished instead of recycled and sold or given to folks who are economically challenged, or for armed forces personnel overseas who may not have ready access to replacement phones.

With the staggering number of smart phones being replaced and disposed of each around the world it is imperative that a viable process for fully recycling, recovering and reusing these e-waste resources be implemented consistently.

The sheer volume of smart phones that are disposed of each year in the United States alone, for example, is overwhelming. It's been estimated that almost 1.5 million cell phones are replaced in the U.S. every year!

This infographic illustrates some of the key statistics around e-waste collection and recycling in the United States:

There are a few issues to consider with e-waste recycling. There are a number of laws in over half the states regarding e-waste recycling requirements and programs. Some state laws, such as those in California, prohibit many items such as computer monitors, TVs, cell phones and even old batteries from being tossed in the trash.

The reason that it's often against the law to dispose of most electronics this way, is that they pose a health hazard due to the fact that e-waste contains toxic materials that are detrimental to human health and the environment.

If you choose to do your e-waste recycling yourself keep in mind that for some items such as old TVs and old computer monitors, especially old CRT devices you still have around, the recycling process takes time, effort and money.

The good news is that properly disposing of your old phones is almost always simple and easy.

Most big-name cell carriers have their own recycling programs that allow you to dispense of your old phone upon making a purchase of a new one. Another great option are retailers.

The Popular Mechanics article points out that,

Retail outlets like Best Buy have thousands of stores across the US that you can visit. Best Buy's program will accept your defunct smartphone and dispose of it ethically. In fact, you can take almost any kind of electronic device back to Best Buy and the staff will get rid of it for you.

Staples is another well-known name with a comprehensive recycling program for taking your phone off your hands.

And, of course, there are numbers of non-profit groups and other charitable organizations that will be happy to take your old phone off your hands and put it to good use in one form or another.

Professional Junk Removal for Your E-Waste

Ready to remove those old electronics? It’s as simple as 1, 2, 3. You make an appointment by booking online above or by calling 1.888.888.JUNK (5865).
Our professional and insured e-waste removal team will show up at your home or office; we call 15 minutes before we arrive on site and we’ll give you a free estimate based on how much room your junk takes up in our truck. You point and we haul those items into our junk removal trucks, with no hidden fees.