Computer Recycling, E-Waste, And You 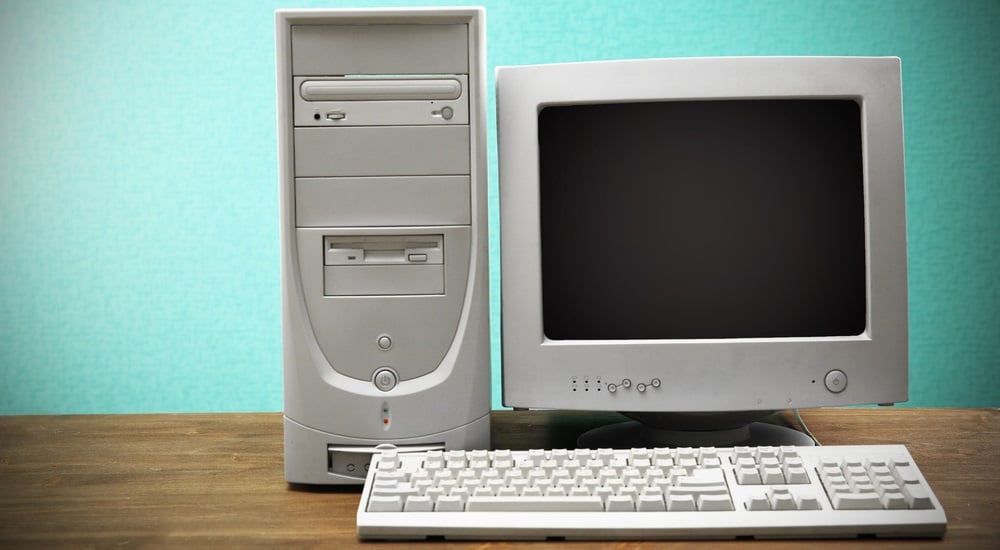 Discarded computers are considered e-waste and must be disposed of properly, which doesn't mean in a landfill. However, it does mean computer recycling.

But finding a place to take your old desktops and bulky monitors still lurking in your closets, basements, or garages can be challenging.

We've had personal computers, or PCs, since the late 1970s. But widespread ownership didn't really take hold until the 1980s. Since then, PCs, Apple desktop computers, and laptops have become almost as common as televisions.

Just since 2008, for example, it's estimated that over 76 percent of all adults in the United States (18 years of age and older) own a desktop or laptop computer. And we like to replace them, too! Just last year, in 2020, the average desktop in the consumer segment was replaced after the age of six years.

Where do they all go?

Well, the numbers are not encouraging. For example, one source noted that only 12.5 percent of all e-waste is currently recycled. This is unfortunate for a variety of reasons including economic ones. For example,  for every one million cell phones that are recycled, 35,274 pounds of copper, 772 pounds of silver, 75 pounds of gold, and 33 pounds of palladium can be recovered.

Or, looked at another way, that's the amount of highly valuable reusable materials that are lost for every one million cell phones that are not recycled.

Computers and monitors make up one segment of a general category of solid waste commonly known as e-waste, or electronic waste.  This is a significant category of waste as these devices - PCs, CRT monitors, cell phones, tablets, and other related devices all contain various amounts of toxic metals and other hazardous substances. And placing them in landfills can easily lead to these materials leaching into the soil, groundwater, and even the atmosphere.

All of which is why computer recycling and proper processing of e-waste is so important.

In addition, as one UK recycling firm notes,

"Recycling reduces the need for extracting, refining and processing raw materials all of which create substantial air and water pollution. As recycling saves energy it also reduces greenhouse gas emissions, which helps to tackle climate change."

But we haven't made it particularly easy in the US for the average computer owner to recycle their various e-waste items, especially old computers. The Balance Small Business website notes that according to one report, nearly 75 percent of old electronics continues to be stored in households because of the unavailability of convenient recycling options.

There really ought to be a better way...

Many people manage to get rid of their old computers or other electronic devices either by selling them or donating them to non-profit organizations. But this is only a viable option for usable and somewhat up-to-date equipment.

What about the really old stuff or the electronics and computers that simply don't function any longer?

If you still have old computers and large monitors sitting around your home somewhere just collecting dust and taking up space, the last thing you want to do is put them in your residential trash bin or dump them someplace illegally.

In fact,  your city, county, or state probably has laws and regulations that mandate how and where you can dispose of your old computer and other electronics. In places like California, for example, it's illegal to put your old TVs and computer monitors in the trash. In many locations, such as in California, these e-waste items must be disposed of by following certain steps and often require additional disposal fees.

Junk King is ready to provide you with efficient, safe, and eco-friendly computer and other e-waste disposal services.

Just one call to Junk King and you won't need to worry about the loading up or disposing of those old e-waste items.

Not only that, but we guarantee that your old computers and other electronics end up in the right place: whether that's nonprofit for those electronics that are still functioning, or at a recycling facility to ensure your e-waste is disposed of in an eco-friendly way.

Our professional and insured e-waste removal team will show up on time at your home or office, and we'll call15 to 30 minutes before we arrive. Once we're on-site we’ll give you a free quote based on how much room your junk takes up in our truck. You just point and we'll haul those items into our junk removal trucks - and with no hidden fees!
Ready to remove those old computers and electronics? It’s as simple as 1, 2, 3.
Just make an appointment by booking online above or by calling 1.888.888.JUNK (5865).