Before Calling For Junk Removal Consider Donating To Charities 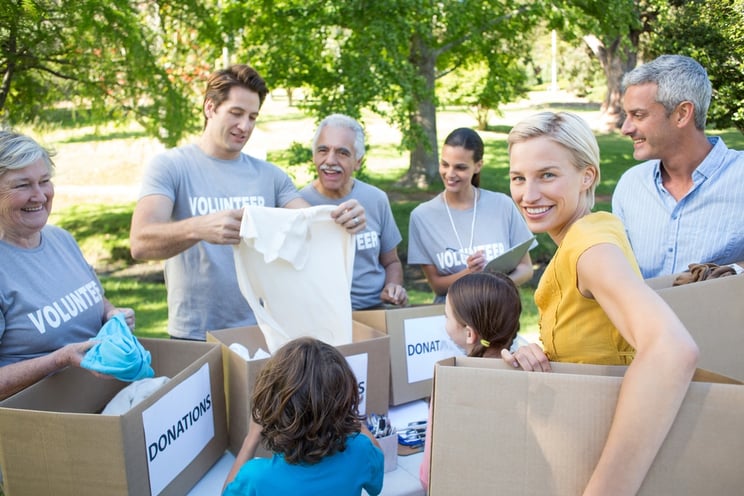 The United States has historically been one of the most charitable and generous nations in the world. It is an integral part of our culture to donate to worthy causes. Now it's easier than ever before.

Granted, we are also bombarded with fundraisers, online funding drives, small children in front of our favorite grocery store with cookies. You name it, the list is almost endless. Giving, donating, and fundraising are built into the fabric of our society. But giving and donating is not a thing to be taken lightly, either.

As a nation, our overall charitable giving dropped somewhat after 2008, most likely as a fallout from the economic recession that hurt so many businesses and families. However, over time that began to change and our giving increased, especially over the last few years.

According to data from Charity Navigator,

Charitable giving continued its upward trend in 2015, as an estimated $373 billion was given to charitable causes. For the second year in a row, total giving reached record levels, and taking 2014 and 2015 together, charitable giving has increased over 10% (using inflation-adjusted dollars). This increase and the overall size of charitable contributions is further testament to the integral role charities play in our society, a role which continues to grow.

Who is Doing the Giving?

Its been shown that for most years the majority of giving comes from individuals. In fact, individuals gave $264.58 billion in 2015, which accounted for over 70 percent of all giving. This was almost a four percent increase over the amount given in 2014.

This means that just donations from individuals alone account for over two-thirds of all donations. And if you add in gifts from bequests and family foundations, which are just different groups of individuals, that means individual givers are responsible for nearly 80 percent of all giving.

It is the generosity of individual people,  not faceless foundations or organization, that is responsible for almost all of the money donated each year.

Who Are We Giving To?

The staff at Charity Navigator released figures for 2015 on where our donations go, and these are some of the statistics:

And this is just the monetary giving. In addition, individuals were responsible for huge amounts of non-cash donations. Those donations claimed by taxpayers are tracked in the  Internal Revenue Service's Statistics of Income Bulletin. According to the data,

[M]ore than 22 million taxpayers reported making noncash charitable contributions in 2011, with about one-third (7.5 million) of them reporting the contribution using Form 8283, which is required for contributions in excess of $500. These taxpayers gave $43.6 billion in total, an increase of 10.9 percent over the $34.9 billion reported the previous year.

But wanting to donate furniture and other old goods and items is not the same as dumping your unusable junk. Charities do not need or want clothing, appliances, and other goods that are not usable or in restorable condition. Those items should be handled by a junk hauling firm, not donated.

So what's fit for donating? Here's a handy infographic that addresses that very question:

Once you have determined the items you can donate, you may find that you have a substantial amount of items you still need to get rid of. What do you do with those? That's where a professional and reliable junk hauling firm can come to your rescue!

Some people hesitate to call for junk removal services because they don’t want to declare their unwanted belongings to be garbage. Great news — you can clean out your house junk and do the environmentally friendly thing with useless junk removal from Junk King.

Great customer service and a commitment to recycling are vital to Junk King's mission. We make it easy for you to say goodbye to unwanted junk, and we make it easy on the planet, too. Our staff will be happy to answer your questions and provide simple, upfront pricing. Our junk removal services are performed by friendly, trained, and insured professionals who quickly haul away the junk and truck it off to the most eco-friendly disposal methods available.

Get ready to peel off the band-aid and enjoy the refreshing feeling of a decluttered home. Book online above or call us at 1.888.888.JUNK (5865) to schedule an appointment and get a no-obligation estimate.