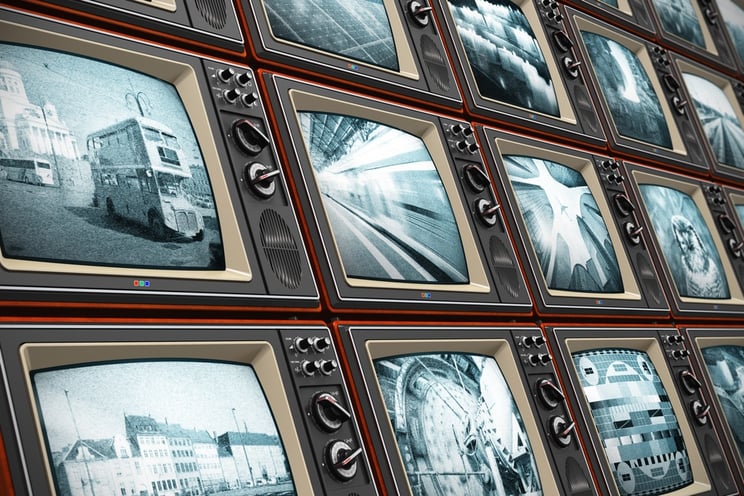 [Editors note: This post was originally published in January 2017 and has been completely revamped and updated for accuracy and comprehensiveness.]

Now that the holidays are over and we're into a new year, there are tons of new e-waste to dispose of. But it's not as simple as throwing it in the trash.

There was a time when you could take your old appliances, televisions, and other electronic gadgets and just put them in the garbage can or a dumpster.

In fact, in most places today this is no longer even legal. And the process for proper disposal of electronic items like televisions has become quite complicated. If you've ever tried to properly dispose of an old TV or CRT computer monitor recently, you know how difficult this can be.

You Could Sell Them...

Sometimes our old, unwanted electronics are still usable, just outdated perhaps. Fortunately, there's a thriving market for used phones and other electronic devices such as computers, laptops, tablets and other mobile devices.

Tapping into this market might earn you some cash in exchange for your old phone or tablet. But if you're feeling particularly generous, there are numbers of options for donating your older, but still working electronic devices of all kinds.

Cell phones are quite numerous but there is still a pressing need for phones for a number of groups and donations are always welcome. Here are some ideas for donating from flipsy.com,

Shelter Alliance
Donates up to $30 per phone to domestic violence shelters. Donate more than nine phones, and a local shelter will benefit.

Another, environmentally friendly option, of course, is to recycle our electronic waste, or e-waste, as it's called. But, as we noted earlier, it can be a process.

E-waste isn’t always easy and convenient to recycle. Local governments often have e-waste collection days a few times a year, but that means that homeowners have to store the unwanted items in the meantime. Several electronic stores will accept electronics for recycling, but Best Buy – one of the largest e-waste recyclers – just began charging for collection of some electronics, including TV and computer monitors.

The good news is that this has been rapidly changing. For example, California was one the first states to pass an e-waste recycling law in 2003. In the year 2011, the Los Angeles Times reported that California had reached a milestone of 1 billion pounds of computer junk that was recycled.

E-Waste Collection and Recycling in the U.S.

With the exponential growth in electronic devices, it is no wonder that e-waste has become the fastest-growing category of municipal waste in the U.S.

And, given the fact that 100 percent of that waste is recyclable, it's unfortunate to learn that more than 80 percent of e-waste still ends up in landfills, according to the EPA.

While these numbers are slowly improving, there are many challenges for both manufacturers, retailers, consumers and recylcers when it comes to the overwhelming quantity of electronics flooding the market.

Here is a graphic look at the state of e-waste disposal and recycling in the United States:

Recycling e-waste is critical for many reasons, not the least being the vast quantities of metals that go un-recovered every year. According to another post at earth911,

It is estimated that 40 percent of the heavy metals in U.S. landfills come from discarded electronics, according to Jonas Allen, Director of Marketing for EPEAT, a global green electronic rating system.

According to Allen, if the recycling rates for gold (15 percent), silver (15 percent) and platinum (5 percent) all increased to 100 percent, the electronics sector could realize $12 billion in financial and natural capital benefits.

Whether you have a household with electronics and e-waste needing to be removed, or run a business that is replacing old work station computers with new ones, the challenge remains as to how to best dispose of your electronic junk.

Ready to remove those old electronics? It’s as simple as 1, 2, 3. You make an appointment by booking online above or by calling 1.888.888.JUNK (5865).
Our professional and insured e-waste removal team will show up at your home or office; we call 15 minutes before we arrive on site and we’ll give you a free estimate based on how much room your junk takes up in our truck. You point and we haul those items into our junk removal trucks, with no hidden fees.