3 Reasons My Sister Insisted on a Dumpster Rental

We recently moved into a new home, and like many new property owners, we intended to make a few changes so that we could ensure its interior design and style matched our preferences.

We bought a large house because we were moving in with my sister and her family, so we knew the revamp job ahead might require a significant investment of both money and time. What we weren't expecting, however, was the amount of waste we'd accumulate, and as the piles of junk mounted up, it became apparent that we had another mammoth task on our hands. Eventually, we ended up getting a dumpster rental, but it took some convincing to get me on board. 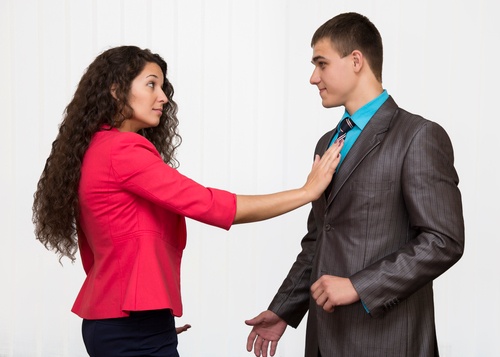 Unfortunately, we didn't plan ahead when starting out, and as we focused all our energy on revamping, we failed to keep the resulting waste orderly and in one place. We were perhaps half way through our renovation efforts before realizing we couldn't go any further without getting rid of some of the trash, but we also expected to generate much more as we continued giving our new home a makeover. I wanted to eliminate the junk without spending a penny because the revamp was already draining our bank accounts, but my sister had a better idea, and looking back, I'm glad I took her advice.

My sister was adamant that we had far too much waste to get rid of without help, so she insisted we rent a dumpster. At first, I thought renting a dumpster would only add to the already costly expense of renovating our home, but when the receptacle arrived, it turned out to be a lifesaver. Below, I'm going to tell you how my sister changed my mind, and she had three main arguments that ending up persuading me to join her team.

Make One Aspect of Renovating Simple with a Dumpster Rental

As we renovated our home, we were leaving junk such as old furnishings and decorations just about anywhere, and we soon had very little space to operate. All those piles of waste served as a hazard as well as an eyesore, and we weren't sure how to remedy the situation. We were placing trash wherever there was room for it, which quickly led to us having very little room to live never mind focus on revamping. What were we going to do with all the waste? And how could we prevent the situation from spiraling out of control again as we continued giving our home a makeover?

The solution to our problem was simple. We'd rent a dumpster, fill it with the junk we already had, and throw all subsequent trash we generated into it instead of just anywhere on the ground. Despite having piles of trash dotted around the house and the driveway, it only took us a few hours to get rid of all our waste. Plus, because we arranged to keep the dumpster for a week, we never had the problem of trash encroaching on our living space again.

If you need to dispose of a large volume of waste gradually, I would highly recommend renting a dumpster. Not only does it provide a convenient way to get rid of junk quickly, but you also avoid the hard work associated with carting it all off site. We could throw anything we liked into our dumpster provided it wasn't household hazardous waste, and we used ours for garden junk, old and broken furnishings, ripped down wallpaper, and even a knocked-through wall. When we'd finished revamping, the professionals came and retrieved our dumpster quickly, and I am now incredibly thankful that I didn't have to be responsible for such a task after putting so much energy into renovating.

Minimize Your Carbon Footprint with a Dumpster

I do my best to take care of the environment, but I'm perhaps a little less vigilant than my sister. She takes the time to read about the human impact on the environment and global warming in-depth, which is admittedly much more than what I do. However, after she showed me how landfills negatively affect local habitats, ecosystems, and sanitation workers' health, I could clearly see why getting a dumpster rental from a company that does its best to be green was a worthwhile thing to do.

I won't cover the adverse effects of landfills, but I will share a few facts that stuck in my head and made me decide to do what was necessary to reduce our landfill usage. First, in the United States, we have more landfills than any other country in the world, and our dependency on them is far from waning. Second, according to the EPA, only half of all recyclable materials are recycled, and the other half ends up rotting away in a landfill. Third, landfills destroy wildlife habitats, can compromise the quality of our water, and emit large volumes of methane, a greenhouse gas that's more potent than carbon dioxide, into the atmosphere

After learning how disastrous landfills can be, I decided that we needed to find a dumpster rental company that made being environmentally friendly a priority. Eventually, we learned about Junk King, which is one of the only national dumpster rental companies that have dedicated sorting facilities at its warehouses to separate all recyclable materials. Junk King assured us that they would try to recycle at least 60 percent of our waste, and I'm confident that figure is much higher than what I could've achieved if I attempted to get rid of everything without help.

Keep Your Property in Good Condition

Have you ever thrown bricks, loose debris, and old items of furniture onto your driveway or on the floor inside your house without paying much attention? We have, but that's because we were trying to concentrate solely on revamping, and in the beginning, the task of waste disposal was at the back of my mind. It was only after we rented a dumpster and cleared our junk that we saw how much damage we'd caused needlessly. Thankfully, we were only halfway through revamping when we got our dumpster, but we could have avoided all damage if we'd rented it from the start.

I would recommend finding a company that guarantees not to damage your driveway with its roll-off dumpsters. I'd previously researched dumpsters and the stories associated with them regarding broken tarmac and concrete, but the best companies take measures to ensure their receptacles don't cause any damage to properties. Junk King, in addition to its green initiatives, was an attractive choice for this very reason. Again, the only thing I regret about our dumpster rental story was not renting it earlier.

It's worth pointing out that there are other ways to eliminate waste without you having to do any heavy lifting or make several trips to the nearest landfill using your vehicle. Back when we were renovating, we considered hiring a junk removal company to come and retrieve our waste and recycle it on our behalf. However, we finally settled on a dumpster rental because it gave us the flexibility to fill it as we renovated and keep it sat in our driveway for over a week. If you find yourself in the same situation as us and don't fancy storing piles of trash on your drive, I highly recommend your rent a dumpster before getting to work.