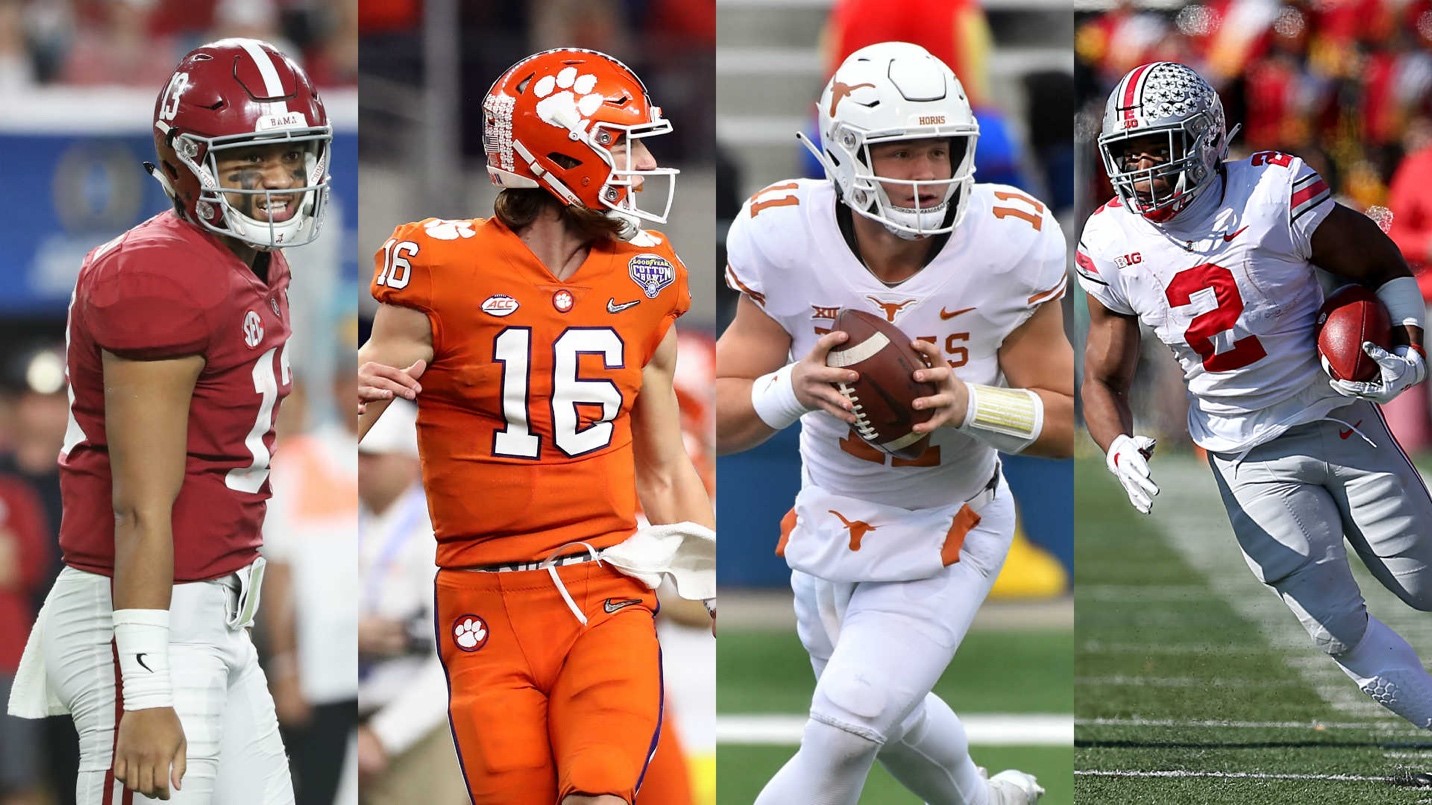 Some Questions for the 2019 College Football Season

1. Sooooo, Just How Mad Do YOU Think Nick Saban Is?


The start of college football season always brings a set of certain standard questions. Can Oklahoma ever get its defensive act together? Will this year’s version of the Texas Longhorns Revival actually work? What are the odds a Florida State player gets arrested? Probably fair to middling on that one. Sorry.

But the big one on everybody’s list: How scared should everyone be for Duke when they face off against Alabama on August 31?

Alabama has been dealing with a lot of tumult since the 44-16 championship loss to Clemson back in January. Not only did Clemson slap the Tide around for most of the game, Alabama then had to deal with losing seven players early to the NFL draft while gaining seven new assistant coaches in the off-season. For most teams, that would be a good formula for a rebuilding season.

But this is Alabama we’re talking about, and you just know Nick Saban has been seething for the last eight months. And if he’s seething, the team will be ready to punch through concrete walls with their bare fists when the season starts. Don’t expect the Tide to be in a merciful mood when they take the field against the Blue Devils. In fact, don’t expect Nick Saban to be in a good mood during the entire season. Been watching the guy for years and he never smiles.

2. How Safe Is Jim Harbaugh?


You take a team with only one 10-win season in a nine-season time period and create three 10-win seasons in four years. You’re beloved by the team and the fans, in no small part because you used to play football at that school. You’ve been the subjects of books, a season of All or Nothing on Amazon, and a bunch of positive news stories.

So does it feel like an axe is dangling over the head of Michigan coach Jim Harbaugh?

There’s certainly a lot of evidence to make the argument that he’s in trouble. The Wolverines have been 1-9 overall against any teams ranked in the Top 10, they lost to Florida in last season’s Peach Bowl, and most importantly to many, he’s 0-4 against Ohio State.

The first two could probably be overlooked, but if the Wolverines don’t beat the Urban Meyer-less Buckeyes this year, that alone could be enough for the axe to fall.


While the final players in this year’s championship can’t be known yet, the smart money already has Alabama and Clemson pegged to face each other again in January.

Yes, it would be nice to see Georgia, Oregon, or Texas take one of those teams out of the mix, but it’s a tall order. Alabama and Clemson have become the dominate college football powerhouses for the moment. It’s their world; everyone else just lives in it.

Until they lose. And that’s why they play the game and the rest of us watch so obsessively, because anything can happen.