How to Buy Green Electronics 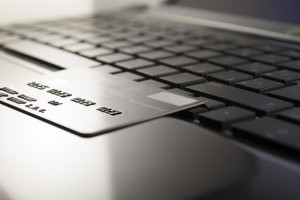 Remember the 90’s? (Yeah, I know you don’t, Millennials. The rest of us don’t want to talk about it.) Remember when you could tell how cool someone was because they had a four-pound Zack Morris brick glued to their ear? Or when everyone’s favorite friend was the one with the 60-inch, rear-projection, big screen TV.

The one that was bigger, but not really any higher resolution than yours, so you had a gigantic pixelated display and it was the best thing you’d ever seen?

Now everyone has a tiny smartphone and a flat panel tacked to their wall, just like in “Star Trek”! And when the electronic equivalent of dinosaurs went extinct, they all got tossed into the tar pits without a second thought.

We’ve learned a lot in the 20 years since then, about hair and about waste disposal. It’s now 2015, and almost everything can be recycled. That’s great news for electronics buyers. When we fill our obsessive need to upgrade, we can rest easy knowing that our old devices are perpetuating the great Circle of Life.

But, as great as recyclability is, it’s not the end-all-be-all of criteria when buying green electronics. In fact, because it’s so prolific (you can take literally anything with electricity to Best Buy and they’ll recycle it) I’d rank it as the lowest of decision-making factors.

When you’re looking for your next laptop, stereo, phone or pair of laser-guided scissors, make sure you pay attention to these three little (read: huge) factors.

Just because everything can be recycled doesn’t mean manufacturers actually use recycled materials. It’s important to know that the company you’re buying from is doing all it can to reduce its consumption of raw materials, especially the rare earth elements that make your phone go.

Unless you buy super cheap, which I don’t recommend for a number of reasons beyond manufacturing process, a 40-inch TV costs about as much as a 40-inch TV, regardless of maker. So, do us all a favor and reward the corporations that are making an effort to build responsibly.

Here is a list of the top 100 sustainable corporations in the world. Number one? General Electric. Despite questionable beginnings, the former Edison General Electric Co. has risen to the very pinnacle of sustainability. Other notable names at the top of the list include Nokia (5), Phillips (17) and Intel (39). I’m not endorsing their products, but it’s nice to know their manufacturing processes are on the up-and-up.

So, it turns out that something like 70 percent of the energy consumed by a laptop computer over its lifetime is used in the manufacturing process. In all electronic manufacturing, the embodied energy (that’s the new buzzword for the energy used to create it) far exceeds its lifetime usage.

But we still have to worry about the lifetime usage. In 2013 alone, consumer electronics ate 169.3 terawatt-hours (TWh) of electricity. And, since the average efficiency of a natural gas power plant in 2013 was about 43 percent (don’t even ask about coal), that’s the equivalent of 394 TWh of energy consumption.

With that in mind, it’s important to stock your home with the most efficient devices. But how do you know? While it’s pretty easy to find out how efficient your fridge is, there’s not a lot of information out there on efficiency when it comes to most consumer electronics.

The easiest way to cut your energy consumption is to look for products with the Energy Star label. These products are certified to use less energy than conventional devices, based on EPA guidelines. The labels even give you a good idea of how much you’ll spend (on average) using the device each year. Not a bad deal.

Recyclability may be a given, but that doesn’t mean it’s gonna be easy to do. Most products can be recycled, but a large number of them aren’t designed with recycling in mind. Some even seem to go out of their way to make it difficult.

There are a lot of toxic materials used in manufacturing electronics, and that makes it difficult to process them. Many of them have to be disassembled to remove the toxics before they can be smashed up into little recyclable bits. That process costs time and money, and we all know what people tend to do when faced with a difficult, expensive process – cut corners!

So, why not look for products that were designed with end-of-life in mind? Green design makes disassembly easy, and cuts time and cost from the recycling process. And that means it’s more likely to be recycled properly.

Buying green electronics doesn’t mean you have to sacrifice functionality, and you certainly don’t have to sacrifice form. Keeping these three factors in mind will help you make the best possible buying decision. I know you’re gonna upgrade. Just please, upgrade responsibly.