2011 is the Year to Start a Franchise Business 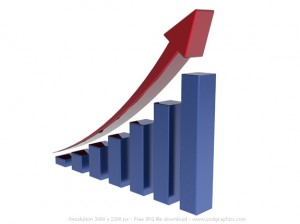 The Denver Business Journal recently published an article called "Franchising Expected to Pick Up This Year." That's a bit of an understatement.

The International Franchise Association has some very optimistic stats for 2011. Here are a few of them:

Given the fact that the entire economy has been taking quite a hit over the past several years, these numbers are incredibly uplifting. Although franchises in general have been slowly growing over the past decade, we saw a sharp decline in 2009 due to the economic downturn. Now that we're back on the right path due to looser credit loans for businesses as well as a greater talent pool of workers going into franchising, we can expect continued growth in the sector.

Our Junk King franchisee out of Colorado Springs, Clint Hailey, was specifically highlighted in the Denver Business Journal as an example of how a franchise is a great way to start a successful business, particularly in the fast-growing junk removal industry.

From the Denver Business Journal: "The learning curve would be shortened; the success rate would be quicker," said Hailey, who said he hopes to open another Junk King franchise in the Denver area after he's made his first location profitable. "It's kind of like a business in a box. you open the box and it says, 'Step one, step two, step three.' Instead of creating your own dance steps, you get to put your feet on steps that are laid out for you."

Junk King is currently riding the wave of overall increased franchise growth as well as specific growth in the junk removal franchise sector. In 2011, Junk King is expected to see new franchises in a variety of locations across the country, including recent openings in Syracuse and Nashville, as well as the expected April launch of Junk King Los Angeles.

If you're interested in starting your own Junk King franchise, feel free to check out our franchise information page or call 1-888-888-JUNK for more information.