History of the Franchise 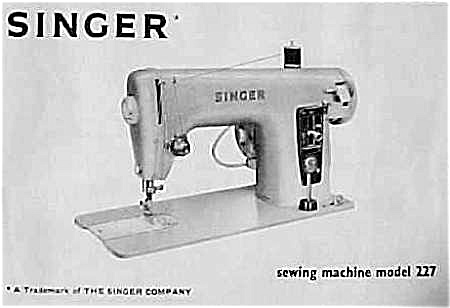 Why are franchise businesses so popular in America and across the globe? What is it about those familiar storefronts and services that keep customers coming back?

For years, customers have flocked to franchise businesses and have made them a powerhouse across a variety of industries, from restaurant chains to household services. To analyze why the franchising model has come so far, I’d like to take a brief look at the history of the franchise.

Some attribute the formal start of the franchise to Albert Singer, who was the founder of the Singer Sewing Machine popularized during the World War I era. However, the concept of franchising began long before Singer, in the mid 1800s when several German brewers licensed the rights to market their ales to specific taverns across the country. This was a turning point towards the modern franchise business model: utilizing the centralized resources of an organization to market and expand independent satellite organizations.

In the U.S., Singer Sewing Machine Company began a movement towards the modern form of franchising with its unique business model. Singer realized that spreading his technology across the United States, a huge landmass, would require a unique business perspective. Trying to create one massive company across the U.S. wouldn’t work as far as distribution, chain of command and marketing. However, creating individual ‘satellite’ franchises would allow each company to draw on the power of a centralized organization, but also act independently in their specific geographic region.

This model proved successful and spread to other industries, including street car manufacturers, oil refineries, auto companies and restaurants. By the mid-twentieth century, several well known franchises had emerged, including McDonalds and Dunkin Donuts. Post World War II franchises continued to expand, and eventually came to be regulated by the International Franchise Association.

In today’s modern economy, many businesses have re-evaluated their organizations to ‘run lean.’ This means cutting unnecessary expenses and concentrating on a core business model. Running lean not only is a creed that has spread across businesses, but also a motto for individuals. People are very aware of their possessions: what items are ‘necessary’ and what items are simply junk.

For this reason, one of the most cutting-edge franchise sectors is in Junk Removal. Junk Removal Franchises are able to efficiently haul away the unnecessary clutter in people’s lives, so they can truly ‘run lean.’ In addition, some Junk Removal Franchises have latched onto today’s green movement – realizing the importance of conserving our planet’s valuable resources.

Junk King is a leader in the Junk Removal franchise sector – taking the best attributes of today’s successful organizations and applying them to a streamlined business model. Junk King provides franchisees the potential to become involved in their community by helping them get rid of their waste and clutter, while also providing them a blueprint to start a successful business. Junk King is rapidly expanding across the US with it's new perspective on business, just as the first franchises did years before. For more information on becoming a Junk King franchisee visit our franchise webpage.